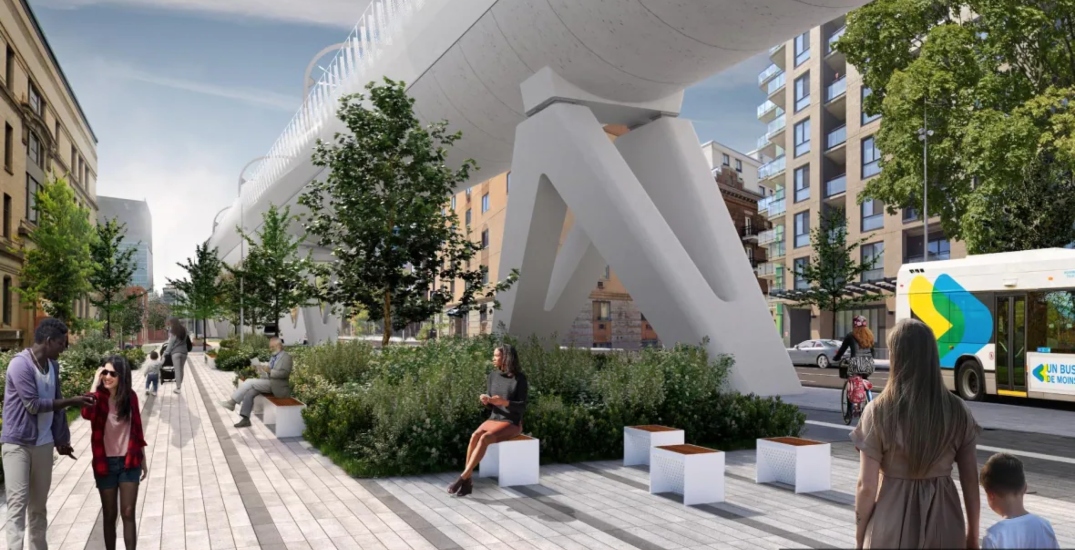 The REM de l’Est’s original promoter, CDPQ Infra, has now left the project due to what Legault called a lack of “social acceptability” in regards to specific above-ground train lines in Montreal, specifically along the downtown core.

The management of the project will now be entrusted to a new team, made up of employees from the ministère des Transports du Québec, the City of Montreal, and the Société de transport (in collaboration with the transit planning group ARTM (Autorité régionale de transport métropolitain).

Legault says Quebec’s goal “since day one” was to achieve the “best possible public transit project in the eastern part of the Greater Montreal area.” He says that as the project evolved, officials are making the “necessary adjustments to fulfill our commitment to build the REM de l’Est.”

Citing non-acceptance from the public, Legault says “other major changes” are in line for the REM project but did not provide a revised budget or timeline but admitted the new transit network is “crucial for the development of the east end of Montreal.”

Originally, the REM de l’Est was scheduled to open to the public in 2029.

Speaking from Montreal alongside Legault, Plante says the initial plan to have elevated tracks in the eastern part of Montreal was a “historic mistake that absolutely had to be avoided.”

Montrealers and the City’s advisory committee said the above-ground tracks would become an eyesore for Montreal and expected the tracks would take away from the island’s urban landscape and would affect the quality of life in nearby neighbourhoods, specifically Chinatown.

Parts of the rest of the REM (Réseau express métropolitain) are scheduled to open this fall.

Plante says officials are taking the necessary steps to carry out the rest of the REM de l’Est project in an “exemplary manner, as requested by citizens and experts.”

Once constructed, the entire REM light-rail train system will link downtown to the South Shore, the West Island, Montreal-North, and Trudeau Airport. It will be the largest transit network in the entire metropolitan area.

The integrated 67-km train system will provide access to 27 stations across the Montreal network and run 20 hours a day, seven days a week.

It will become the fourth largest automated transportation system in the world, according to REM, after Singapore (82 km), Dubai (80 km), and Vancouver (68 km).