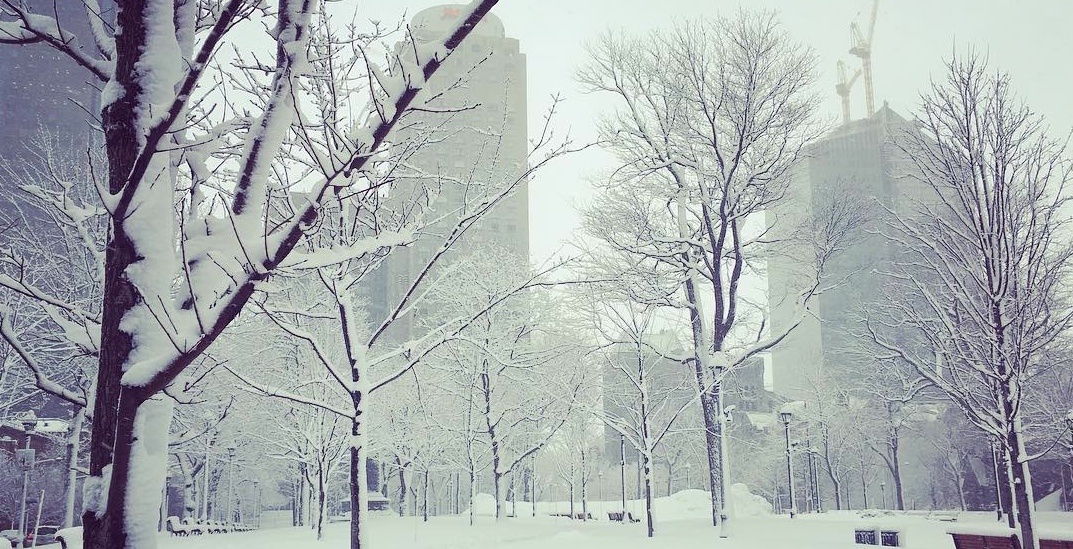 A messy weather system moving up from the States could complicate travel this weekend as parts of Quebec could see up to 35 cm of snow.

According to The Weather Network meteorologist Jaclyn Whittal, a low pressure system could bring “heavy snowfall and a chance of freezing rain” to the Eastern Townships while the Metro Montreal area is seeing the potential of 20 to 30 cm of powder.

Whittal says southern parts of the province have a chance of exceeding 30 cm.

While Environment Canada’s special weather statement remains in effect for Montreal, the snow will begin creeping into Quebec on Thursday morning — according to Whittal — before stretching into Friday morning by which point there is “the chance” for metro Montreal to get walloped with 30 cm of total snowfall. 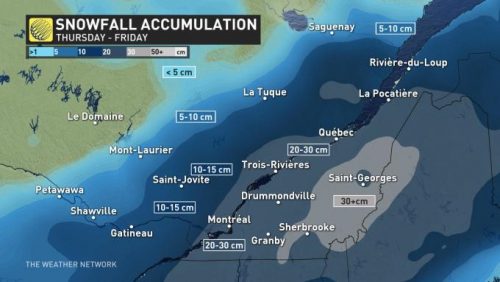 The forecast concluded with harsher wintery news, stating that the potential for freezing rain and mixed precipitation will remain stateside as the storm system passes through the province.

The Weather Network warns that travel could be difficult and recommends locals to continually monitoring weather alerts and updates.