The Canadian Radio-television and Telecommunications Commission (CRTC) announced it has begun the process of adding 263 as an additional area code for the island of Montreal.

“Based on the results of the latest numbering resource utilization forecast (NRUF), the area codes 438 and 514 are projected to exhaust by June 2024,” reads the statement.

The CRTC also stated that areas of western Quebec, whose codes are 819 and 873, will add 468 to its repertoire of numbers. 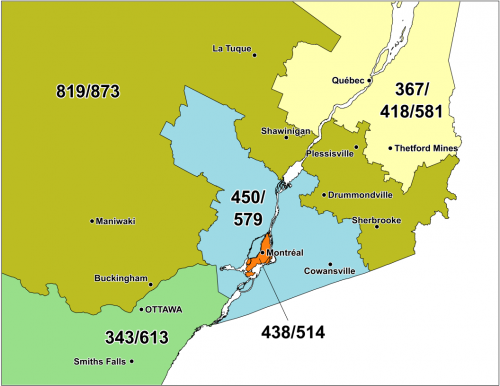 The new area codes will only apply to new phone numbers added to the index once all the 438 and 514 codes run out.