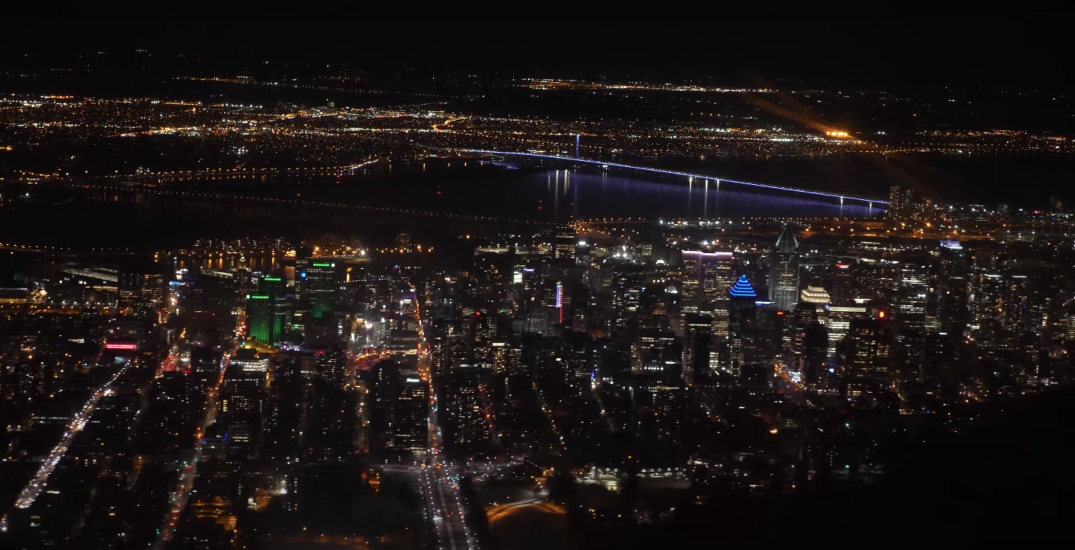 Have you ever wondered what Montreal looks like from high above?

Photographer Eduard Iancu has captured a spectacular view of the city from a vantage point not often seen.

Edited to the soundtrack of “Lucis” by Valante, the footage focuses primarily on the downtown core but the Champlain Bridge, South Shore, parts of Le Plateau, and beyond the island.

Iancu tells Daily Hive he flew over the city inside a Cessna 152, a two-seater airplane. “It was one of my dreams to take a video above Montreal,” he says.

Using his Panasonic GH5, Iancu has also captured aerial views of Costa Rica, Africa, and Iceland for his YouTube channel, where he “shares his passion with the world.”

The photographer, who works in the aviation sector, says it was a great opportunity to travel the world and capture beautiful photos and videos.

Iancu says the tiny plane circled Montreal for about an hour and a half after taking off from Lachute Airport. “It’s absolutely incredible to be so close to the city and see the beautiful buildings of Montreal,” he says.

He says he’s a fan of the Olympic Stadium, the iconic 1000 de la Gauchetière skyscraper, Place Ville Marie, and “all the breathtaking lights.”

Check out his mesmerizing video below: