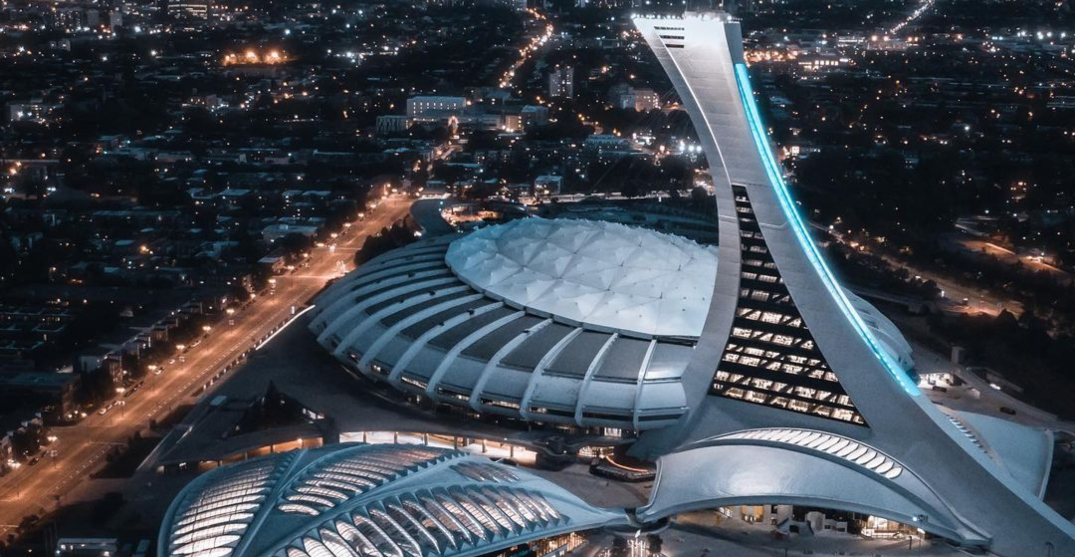 Say what you will about the Olympic Stadium in Montreal, but you can’t say it isn’t iconic to the city’s landscape.

Sure it’s generationally expensive, is semi-vacant, and completely outdated but come on, it’s a landmark.

In 1969, Mayor Jean Drapeau had big dreams for Montreal and presented the city’s candidature for the XXIst Olympiad. The following May, the International Olympic Committee (IOC) announced that the City of Montreal would be hosting the 1976 games.

In April 1972, the City of Montreal unveiled the first model of the future shell-shaped Olympic stadium, which would open at the center from a 175-metre-high tower.

Regardless if you think “The Big O” is a waste of space or isn’t being used to its full potential, it’s undeniably rich with Montreal history. Here are some facts about the Olympic Stadium you might not know.

The Montreal Tower is the tallest inclined tower in the world

The Montreal Tower is the tallest inclined tower in the world. With an angle elevation of 45 degrees, the tower stands 574-feet (175 metres) high, making it the 6th tallest structure in Montreal.

Considering the roof was an integral part of the Olympic Stadium’s design, it’s been a colossal failure.

The Olympic Installations Board says the roof is unsafe during heavy rainfall of more than 8 centimetres (3 inches) of snow, which is not uncommon during Montreal winters. On the rare occasions where winter activities are planned, they must be cancelled if heavy snowfall or rain is in the forecast, as is the case with the postponement of the Montreal Impact home opener in 2014.

The seating capacity is over 66,000, the highest in Canada

A post shared by Baseball Hall of Fame ⚾ (@baseballhall)

The Olympic Stadium has a permanent seating capacity of 56,040 but can expand to 66,308, making it the highest in Canada.

The Olympic Stadium’s total cost is more than $1.6 billion

Though it’s difficult to pinpoint an exact figure, it’s estimated that the total cost of “The Big O” is upwards of $1.61 billion, including additional costs, interest, and repairs.

In November 2006, more than 30 years after it opened, the stadium’s costs were finally paid off.

The $1.61 billion price tag (with inflation) is the second most expensive stadium ever built, after London’s Wembley Stadium.

When the idea was first pitched in the early 1970s, total construction costs were estimated to be $174 million. That has not been the case.

Appropriately, the stadium is also known as ‘The Big Owe.”

In May 1976, the Quebec government introduced a special “tobacco tax” to help recoup its investment into the stadium.

By 2006, a total of 8% of the tax revenue earned from cigarette sales were put into the Olympic Stadium.

MLB legend Willie Stargell of the Pittsburgh Pirates hit the longest home run in the history of the Olympic Stadium.

During a game on May 20, 1978, Stargell hit a 535-foot bomb into the right field. A yellow seat marked where the ball landed and has since been removed and is now preserved at the Canadian Baseball Hall of Fame.

The stadium would cost almost another $1 billion to demolish

The Olympic Installations Board has estimated that the cost of demolishing the stadium would be between $500 and $700 million.

Pink Floyd attracted the largest paid crowd to the Olympic Stadium. On July 6, 1977, 78,322 paid to see the band rock out at the stadium.