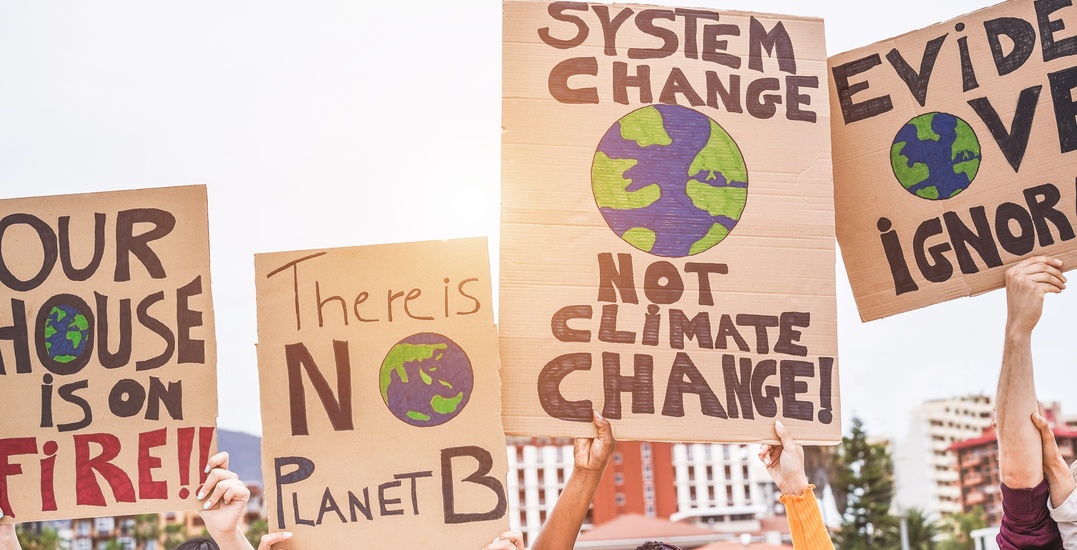 The Montreal Climate Strike March is taking place today, and if you want to join, we’re here to give you the run-down.

According to 16-year-old activist Greta Thunberg, who will partake in Montreal’s climate strike, over 850 cities around the world have host rallies today to call on respective governments to take action on climate change.

The city is expecting over 300,000 marchers for today’s rally, and the young Swede has been invited to Montreal City Hall post-rally to receive the key to city.

Liberal leader Justin Trudeau will also be in attendance.

The march is slated to start at 12 noon today, September 27, at the Sir George-Étienne Cartier monument on Parc Avenue.

Transit will be free across the STN network for the day. Also, Quebec’s largest school board, the Commission scolaire de Montréal (CSDM) along with Concordia University, Dawson College, and Cégep du Vieux Montréal, have all cancelled classes for the protest.

“I took the decision to offer free public transit across the STM network this Friday September 27, for the climate change strike,” Plante tweeted in French.

“We will be waiting for you by our sides for the future of the planet.”

“On September 20th and 27th the world strikes again for the climate! Everyone is welcome to join, everyone is needed,” said Thunberg’s social media post in early September. “I will participate in the strikes in New York on the 20th and in Montreal the 27th. Spread the word! Let’s do this!!”

Where: Sir George-Étienne Cartier monument on Parc Avenue
When: 12 pm