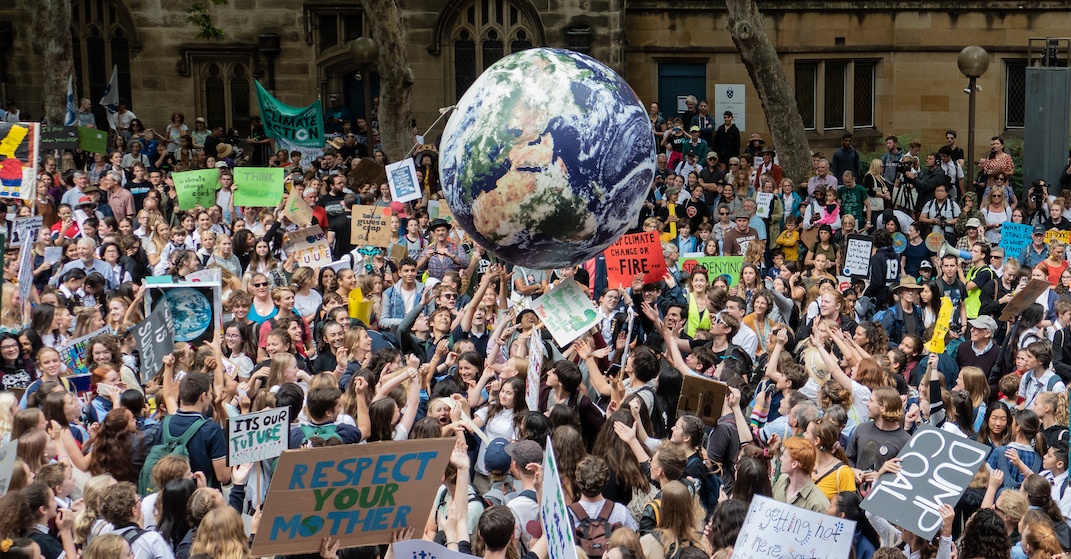 Quebec’s largest school board is rallying behind its students by cancelling classes during the global climate strike on September 27.

The scheduled protests, headed by teenage environmental activist Greta Thunberg (who will be marching in Montreal), calls on respective governments to take action on climate change.

“Considering the effects of the popular movement to attend the day of mobilization for the climate, the Commission scolaire de Montréal (CSDM) decrees September 27, 2019 as an institutional pedagogical day,” said the CSDM in a French release.

To make up for the off-day, the CSDM has cancelled two other pedagogical days scheduled for November 29 and April 24.

The CSDM followed other schools around Montreal, including Concordia University, Dawson College, and Cégep du Vieux Montréal, that have all cancelled classes for the protest.

“Climate change is one of the most significant challenges of our time, and an important priority for the entire Concordia community,” reads Concordia’s press release.

“Sept. 27 is a day to raise awareness about climate change. It is not a day off,” reads the Dawson College website.

So far, the CSDM, Dawson College, and both universities say the schools will remain open and students and employees are free to choose if they want to take part in the global protest.

The 16-year-old Swedish-born Thunberg has made recent headlines around the world by sailing across the Atlantic Ocean in a zero-emissions sailboat to attend the United Nations climate summit on September 23 in New York.

“On September 20th and 27th the world strikes again for the climate! Everyone is welcome to join, everyone is needed,” said Thunberg’s social media post. “I will participate in the strikes in New York on the 20th and in Montreal the 27th. Spread the word! Let’s do this!!”