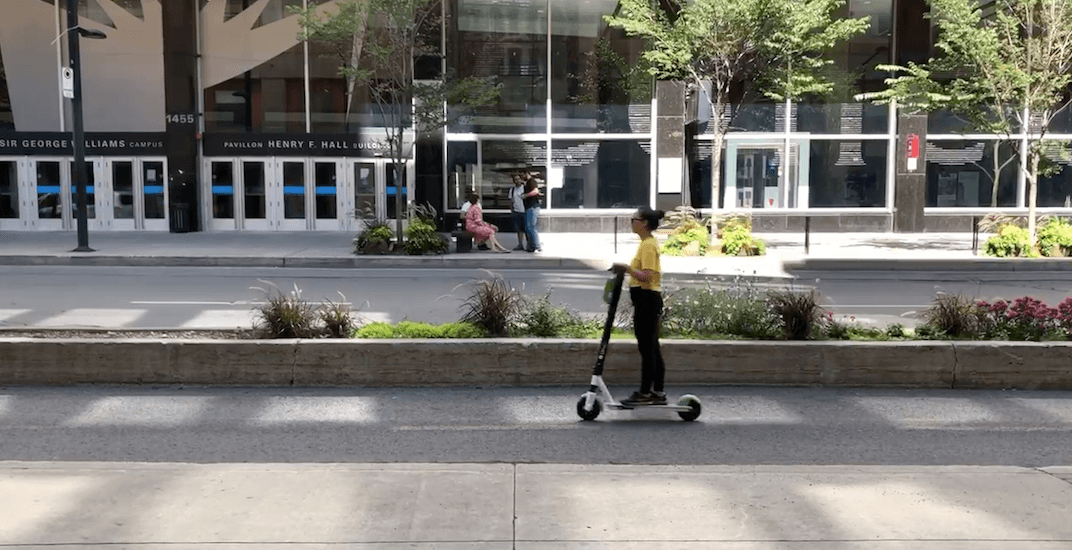 Another mode of transportation has been added to Montreal’s streets and bike paths as the Lime electric scooters launched in specific boroughs across the island this week.

The fleets of battery-powered, app-activated scooters have launched as a pilot project in Ville-Marie, Cote-des-Neiges-NDG, Villeray-Saint-Michel-Parc-Extension, and Westmount as the test period will  scoot until November.

To avoid being littered across the city’s streets however, the e-scooters are to be parked exclusively in designated parking zones, four at a time. (Just like Montreal’s Jump bikes.) 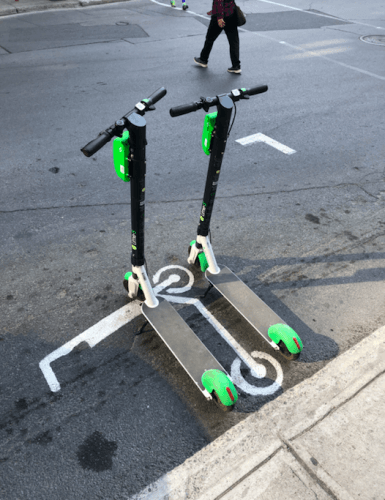 Though it certainly sounds fun to rip across town on the new electric scooters, Lime’s presence in Montreal does come with some fairly strict rules.

Users who fail to comply with the designated parking spots will face fines through the Lime app.

Riders are required to wear helmets, be 18-years-old and older, and will need a driver’s license or a learner’s permit to be able to rent the electric scooters, which top out at 20 km/h.

The battery-powered scooters are prohibited on sidewalks and on roads that exceed 50 km/h speed limits.

If you haven’t had a chance to take these little e-scooters for a spin, check out how downtown Montreal looks in full-on Lime mode. 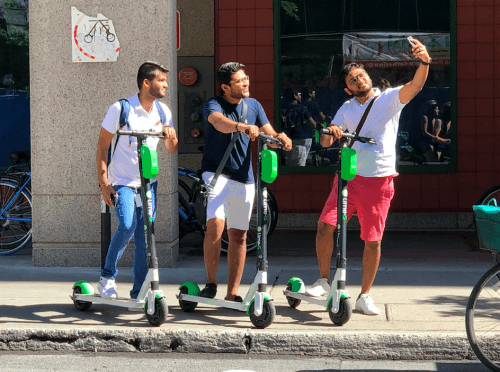 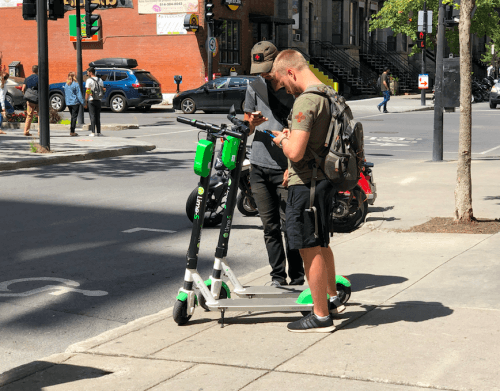 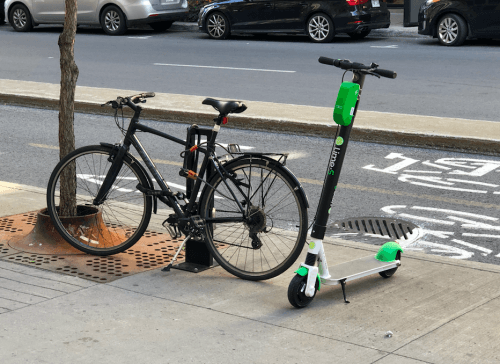 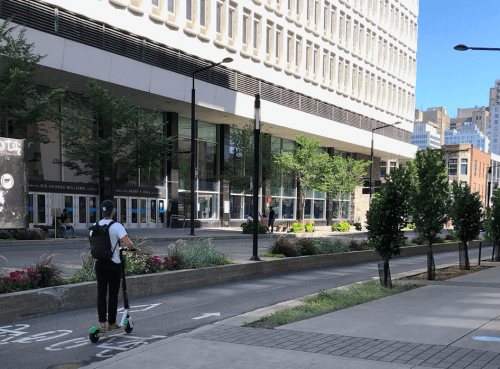