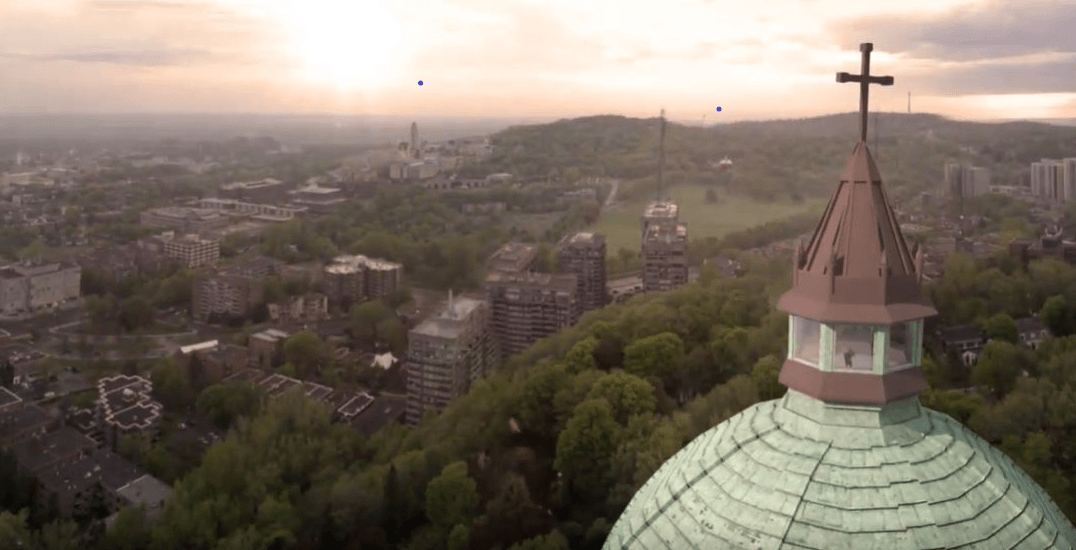 One of the city’s most iconic structures, the Saint Joseph’s Oratory, is going through some heavenly renovations.

Canada’s largest church, perched atop Mont Royal, hosts the world’s third biggest dome which is about to become a 360-degree panoramic view of the city and beyond.

“Saint Joseph’s Oratory of Mount Royal, guardian of an exceptional historical, religious and architectural legacy, is going forward with a huge renovation and construction project that will focus on the preservation of historical buildings, the improvement of visitor experience as well as the sustainable development of the site,” reads the church’s website.

Saint Joseph’s Oratory is currently undergoing $80-million worth of renovations which will revamp the church’s restaurant and reception centre, which recieves just over two million visitors per year.

Once completed, 17 guests at a time will be able to visit the very top of the dome which is slated to become Montreal’s highest windowed point.

A circular pathway will wind its way inside the dome before offering guests absolutely and unmatched views of the island.

Check out the video below for a rendered view of what the completed renovation are slated to look like.

Renovations are expected to be completed in 2020 when the new observation deck opens to the general public.