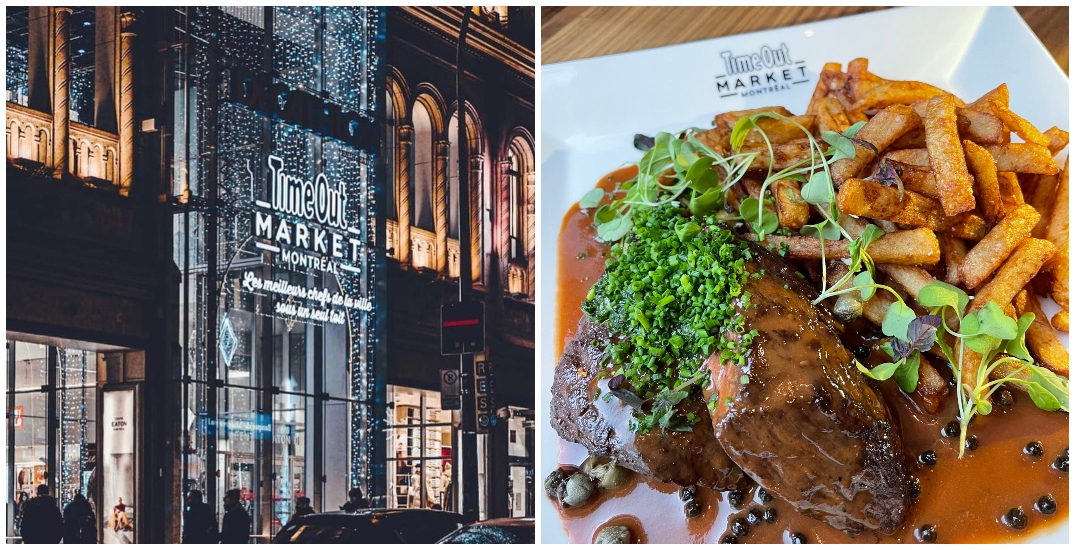 Chef Chanthy Yen will be opening a new concession stand at Time Out Market Montréal on March 29, highlighting the chef’s passion for Canadian cuisine weaved together with multiple provinces and cultures, reflecting Yen’s travels across Canada.

According to Time Out Montreal, Yen’s new spot has allowed him to conceptualize the term “Pan Canadian” cuisine. The chef’s new spot will blend traditional and new Canadian cuisine.

A post shared by Time Out Market Montréal (@timeoutmarketmontreal)

In a phone call with Daily Hive, Chef Chanthy says his new outlet at Time Out Montreal has been a “long time coming.” The acclaimed chef says his new concept comes from “navigating the Canadian food scene,” and reflects how he integrated his Cambodian food culture with that of Canada’s culinary scene.

“My mom used to go to these big buffets and would always complain that food is not flavourful enough,” he tells Daily Hive. “So, she would take out a whole bunch of food and bring them home and we would rework them and make them tastier.” Chanthy says his new “pan-Canadian” outlet is a reflection of that journey.

The chef says Montreal is a city that “always treats good diners and I can definitely say Montreal has a diverse palate” — a characteristic that will be further promoted by Chanthy’s new spot at Time Out Market Montreal.

Time Out Market Montreal, the 40,000 sq ft space in the Eaton Centre, has a dozen different eateries, a pop-up kitchen, three bars, a cooking academy, and a retail shop. Yen’s new spot at the Time Out Market is not his first foodie project in Montreal — he created the menu at Chinatown’s new Italian-Japanese fusion restaurant, Tiramisu.

“We are delighted to have Chanthy Yen join us at the Market. The arrival heralds the start of an exciting new culinary adventure,” says Laurent Ruffier-Lanche, the General Manager of Time Out Market Montréal. “We are confident that guests will love this New Canadian cuisine concept. An added bonus – as Chanthy is the Chef to the prime minister, his cuisine has the Justin Trudeau stamp of approval!”

Montreal’s Time Out Market is open from 11:30 am to 8 pm from Monday through Wednesday and until 9 pm on Thursdays, Fridays, and Saturdays.