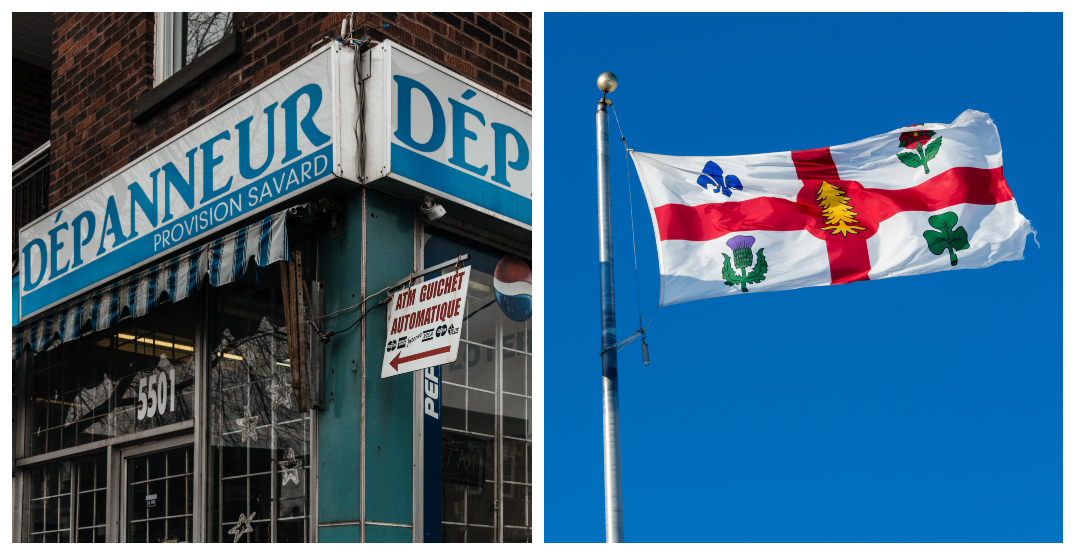 Montreal truly is one of the most unique cities on earth.

From its traditional French Canadian roots to its many branches of multicultural flavours, this melting pot has brewed up a one-of-a-kind concoction that locals refer to as “Franglais.”

Often used in slang terms, “Franglais” is everywhere in the city. And a lot of the time, bilingual locals are not even aware that they’re using it.

So, in case you wanted a refresher course or just want to avoid sounding like a tourist abroad, here are some of our favourite terms that you probably won’t hear too far outside of Montreal.

If you haven’t cracked the code yet, this is “happy hour” in Montreal. The ambiguous term originated in France but was given a more defined meaning here in Quebec to encourage discounted after-work cocktails.

A Steamie is Montreal’s most popular take on the traditional hot dog. The steamed fluffy bun is often topped with mustard, chopped onion, relish, and fresh coleslaw. It can also be served as a “Michigan,” drowning in chili.

Check out some of the best hot dog places in the city here.

Both anglophones and francophones refer to ATMs as guichets. We’re not sure why exactly the French term has reigned supreme for both groups. Maybe it’s just more fun to say.

“ATM” is sort of dull after all.

“Bonjour-Hi” is what you’ll hear walking into most Montreal establishments. The greeting is the store owner or employee’s way of saying “I’m bilingual, so let me know what language you’d like to be served in.”

In Quebec, convenience stores are called dépanneurs. Originating from the French verb dépanner, meaning “to help out of difficulty,” one of these shops is often simply referred to as a Dép.

This term is often used to encompass all insects. It has grown to cover the classification of just about any critter.

In French, it takes on an even wider range of meanings that include describing one’s mental issues.

This broad term usually means “to be served with all available garnishes,” such as an all-dressed pizza or hot dog. The menu feature, which comes from the French “toute garnie,” is now understood in most provinces.

Quebec has trios, especially when it comes to fast food. We don’t order combos or meals. We get a trio, consisting of a main, a side, and a drink.

It makes the most sense because there’s you know, three of them. Everyone else is wrong.

Quebec’s provincially regulated Liquor Commission is called the SAQ. Montrealers have aptly nicknamed it “the sack” (probably after a few too many samples).

So, if you hear someone talk about “hitting the sack” in Montreal, they’re probably not going to sleep.

“Tabarnac” is the most popular of all the regional swear words. Like many Quebec curse words, this one refers to an aspect of the Catholic church.

The word is used freely by English speakers and French speakers alike in a range of situations that include surprise, rage, and joy.

And you have to admit it… The syllables roll right off the tongue.