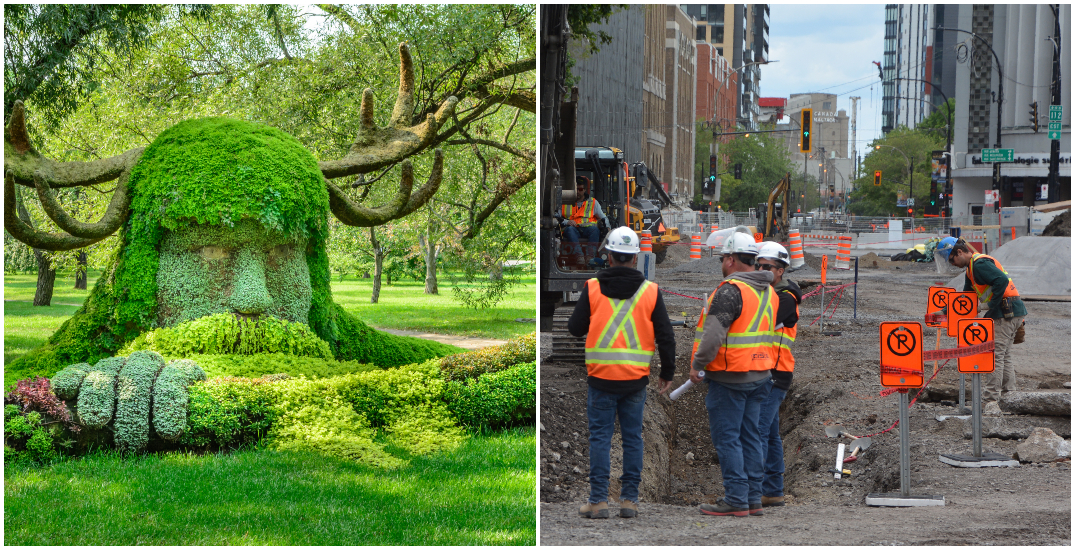 One thing most Montrealers do is complain. Whether it be about the city’s weather, construction, or the province’s language politics, there is always something wrong worth mentioning.

The funny thing is that once outsiders start bashing their hometown, the same folks get very defensive about it.

Like locals of any beautiful city will tell you, there is a lot to love and hate about living here.

And that’s exactly what vlogger and self-professed “travel addict” Dan Vineberg decided to explore in his latest video titled “What People LOVE and HATE About Montreal.”

In it, the Winnipeg native who resides in Montreal approaches random people on Montreal’s streets, asking them two simple questions: What do you love about Montreal? and what do you hate? Many of the answers, he tells Daily Hive, surprised him.

“One answer that surprised me was hearing a young woman from Paris say that she loves the architecture in Montreal. Because I’m sure that there are many Montrealers who think that the architecture in Paris is much nicer. It can sometimes be hard to appreciate the beauty that we have.” he says, adding that the construction answers were more predictable.

“Every Montrealer will tell you they hate it. Or maybe, deep down, they love to hate it,” Vineberg said.

Vineberg has been producing videos like this on his channel, The New Travel, for a few years. Over that period, he’s shown viewers what it’s like to live in places like South Korea, Vietnam, France, Costa Rica, and Mexico.

The traveller moved to Montreal right before the pandemic began in 2020. He was forced to stay put for a while but says he learned to appreciate his surroundings.

“Like so many, I felt lost and uncertain what to do next. However, I decided to turn that same passion for travel and direct it at my new hometown: Montreal. I decided to make a video series discovering it, just as I would any other foreign city or country. And that is the mission I’m on right now. “