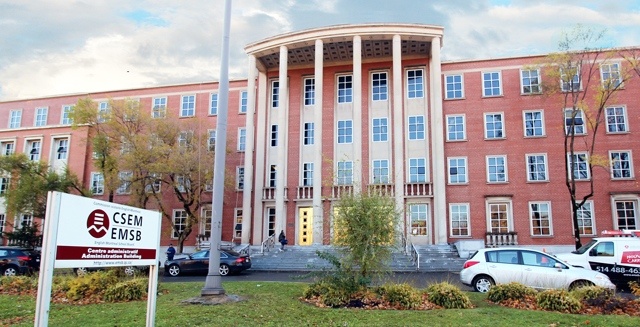 As François Legault and the Coalition Avenir Québec (CAQ) government get set to introduce its religious symbols ban, the English Montreal School Board says it will not implement the new legislation throughout its system.

The CAQ’s bill is expected to prohibit authoritative workers in the public sector from wearing religious symbols, such as the kippa or hijab, and the EMSB Council of Commissioners have adopted a resolution, stating its strong opposition to the secularism movement.

In February, the EMSB called an emergency meeting to discuss the religious symbol ban and teachers, parents and administrators pledged at the time that they would fight it.

Yesterday, the school board released a statement saying it “will not implement measures in the proposed religious symbols legislation.”

“The Quebec government has stated its intent to propose legislation to prohibit the wearing of religious symbols for all persons in a position of authority, including teachers,” says EMSB Chairman Angela Mancini. “We believe in the secularity of the state while still supporting an individual’s right to freedom of religion.”

The resolution states that the EMSB believes a religious symbol worn by a teacher in no way impacts their ability to teach and provide quality education in a secular state.

As per the release, the EMSB values inclusiveness and the diversity of its students and staff and respects their personal and religious rights.

Vice-Chairman Joe Ortona, who drafted the resolution, says that the EMSB believes the CAQ’s proposed legislation would be contrary to paragraph 2 (a) of the Canadian Charter of Rights and Freedoms which guarantees everyone’s right to freedom of conscience and freedom of religion.

Ortona also says the ban would be contrary to paragraph 2 (b) of the Canadian Charter of Rights and Freedoms as well as section 10 which guarantees everyone’s right to freedom thought, belief, opinion and expression without distinction, exclusion or preference based on religion.