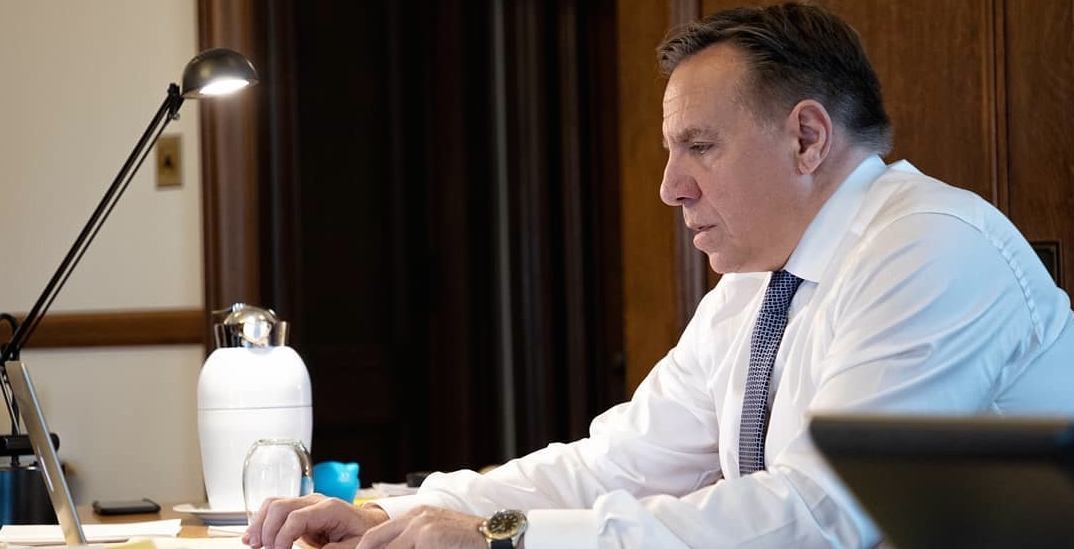 Quebec Premier François Legault is asking for the public to keep calm as his CAQ government tables its bill on religious symbols.

The legislation is expected to ban authority workers in the public sector from wearing religious symbols.

Employees would include teachers, judges, prosecutors, police officers, and prison guards and the religious symbols ban would include the hijab or kippah.

Legault confirmed that his government will invoke the notwithstanding clause contained in both the Canadian and Quebec charters of rights to protect the new bill from being challenged in court.

It is not yet known if the bill will contain a grandfather clause that would shield current employees from the rules or if the CAQ would be willing to remove the crucifix which hangs over the speaker’s chair at the National Assembly.

“My objective with the bill on laicity is to achieve consensus, I accepted to make certain compromises. What I want to do is rally the most Quebecers possible,” says Legault, on the CAQ website. “I already told my MNAs and ministers that we have to maintain a respectful tone with our adversaries. I don’t want things to skid out of control, for people to be aggressive or arrogant.”

Legault’s Coalition Avenir Québec government will table the bill later on today at the National Assembly.

“We need to be the least divisive possible,” concluded the Premier.