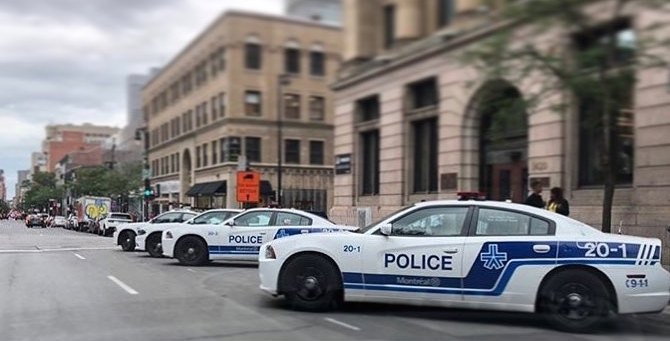 Montreal police just dragged MTL Blog after they inaccurately reported a person had died during a hostage situation in “Montreal’s Verdun” earlier this week.

The SPVM called out the blog to tell them what was “really going on.”

On Wednesday, Montreal police sent out a warning on their social media channels urging citizens to stay away from Verdun due to an “ongoing police intervention” while MTL Blog ‘reported’ otherwise.

“We have just received news of a hostage situation in a residential building in Verdun,” reads MTL Blog’s post. “We know that people are inside right now, with, allegedly, one dead and one person, possibly the suspect, still in the building.”

According to MTL Blog’s page, the inaccurate article was shared some 4,000 times. While they have since included an update, the quote about the allegedly dead person still exists above the update.

The SPVM responded to the website’s post on Twitter, setting the record straight, with a little bit of good old-fashioned police precision.

“This is what is really going on. Next time, you can call our Media relations officer to get more info,” reads the tweet.

.This is what is really going on. Next time, you can call our Media relations officer to get more info. https://t.co/LrEnhUYPf4