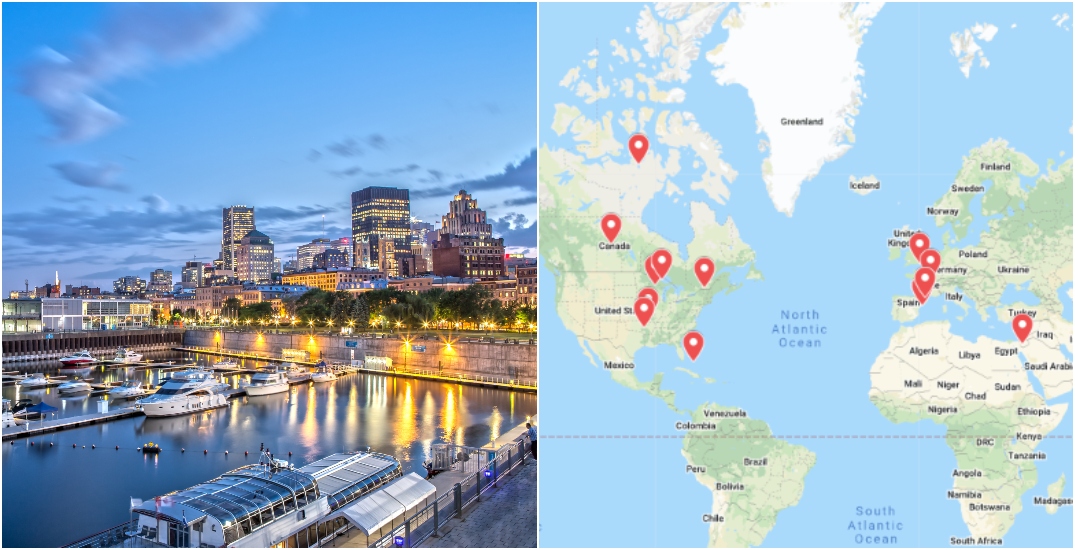 The food in Montreal is out of this world, but the name itself is also all over the world.

Despite being the most populous city in Quebec, Montreal also gives its name to cities in the United States, towns in France, castles in Jordan, and more.

Here’s how the name Montreal (which locally got its name from Mont-Royal) is spread out across the globe.