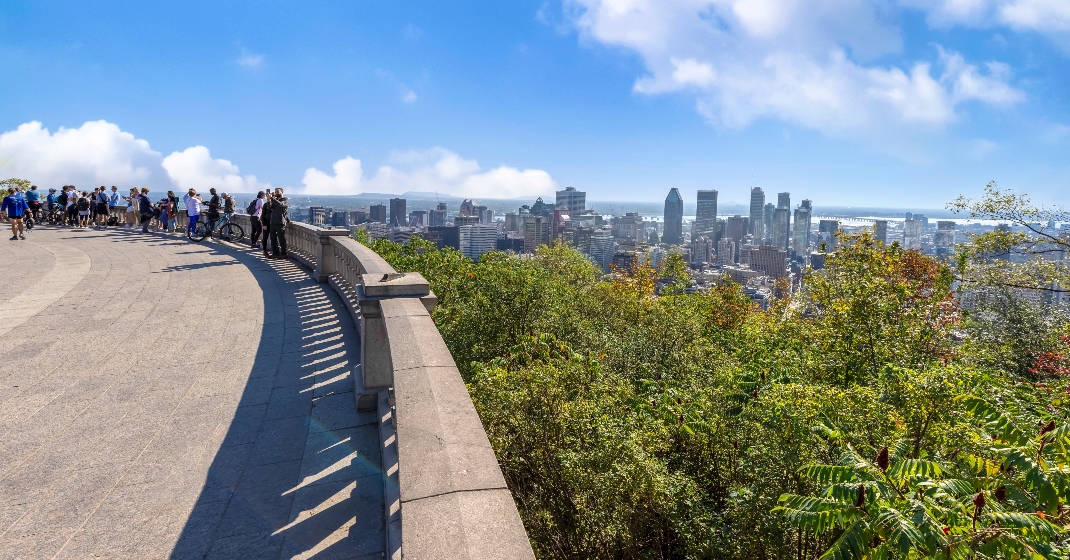 It’s pretty difficult to imagine this town without its iconic Mount Royal backdrop. The large summit has been towering over the city before there even was a city here to begin with. As a result, it’s been witness to some major historical (and pre-historical) events.

We thought it was about time that our beloved Mount Royal got its very own facts piece. Here are a few tidbits about our handsome hill that you may not have known.

It is the city’s highest point

Have you ever wondered why Montreal doesn’t have skyscrapers that are comparable to cities like New York or Toronto? The answer is Mount Royal, which, at 233 metres maintains its status as the city’s highest point to this day.

The reason is a piece of municipal legislation that imposes height limits on buildings. This ensures that Mount Royal remains a vital piece of the city’s DNA.

The city is named after it

The best-known hypothesis for the origin of the name Montreal is that the name is taken from Mount Royal.

According to the Government of Canada website, the name Montreal may have been adopted by locals after a Venetian map from 1556 used the Italian name of the mountain, “Monte Real.”

The mountain is made of volcanic rock

You may not have heard but, the rumours that Mount Royal is a “dormant” or “sedentary” volcano have recently been debunked.  In fact, the 125 million-year-old land mass was never an active volcano since its magma never surfaced as lava.

It is made of volcanic rock, though.

Jacques Cartier was the first European to discover/name it

After becoming the first European to successfully scale the mountain, the French explorer Jacques Cartier was escorted up the mountain by local Iroquois and gave the hill its name in 1535.

Mount Royal was designated a Historic and Natural District by the government of Quebec back in 2005. The official decree called it “one of Quebec’s major visual landmarks and iconic sites.”

A cross was planted at the summit after a major flood

In December of 1642, a flood nearly destroyed Paul de Chomedey, sieur de Maisonneuve’s Ville-Marie settlement. Maisonneuve, a devout catholic, prayed that his village be spared from the natural disaster. When it was, he followed through on his promise to plant a wooden cross on the mountain.

The wooden structure was ultimately replaced with a steel cross in 1924.

There are four cemeteries on the mountain

In 1854, the Notre-Dame-des-Neiges cemetery was established on Mount Royal for the city’s francophone Catholic population. Today it is the largest cemetery in Canada.

Two Jewish cemeteries, Shearith Israel and Shaar Hashomayim, and one protestant burial ground can also be found along Mount Royal.

The park was designed by a very notable architect

By the mid-19th century, Montreal’s population was growing at an exponential rate. As a result, the desire for public parks was growing.

Although the Parc Mont Royal was inaugurated in 1876, it was apparently not completed to Olmsted’s design.