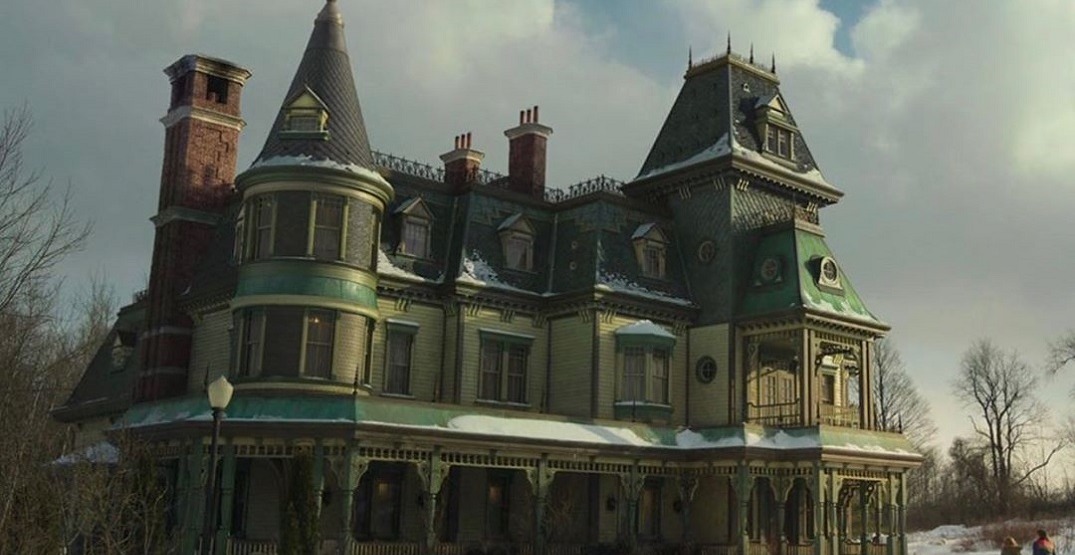 The horror show — based on a comic book series — has already built a loyal fan base who are engrossed not only with the captivating story, but who also wish to uncover more about the show itself and the filming process.

The story focuses on the Locke family who moves from Seattle to the fictional town of Matheson, Massachusets following the harrowing murder of their patriarch, Rendell Locke.

They move to a home called the Keyhouse. Upon exploring, the children soon discover several mysterious keys that can be used to unlock a variety of doors to various strange and unworldly places.

The series has received renowned praise for its impressive art direction and breathtaking landscapes, but where were the real filming locations?

While the fictional town of Matheson in Locke & Key is meant to be in Massachusets, the filming locations that brought the show to life were actually in Canada.

More specifically, the town of Matheson is filmed in the picturesque port town of Lunenburg, Nova Scotia.

A UNESCO World Heritage Site, the port town and several of its buildings were constructed in the 18th and 19th centuries.

Visiting Lunenburg is like stepping back through time as its appearance remains relatively the same as it did back in the 1800s, which no doubt helps provide the somewhat eery feel that the show thrives on.

Canada’s largest city, Toronto, has been providing the backdrop for major Hollywood blockbusters and hit TV series for decades.

One of the most prevalent filmings destinations for Locke & Key, fans can catch glimpses of various destinations around the city that made their way into the show, including the Maple Leaf Tavern, Humber College Lakeshore Campus, and Ripley’s Aquarium of Canada.

As stated, Toronto is no stranger to being on the screen with many other hit TV shows filming in the busy city, including Black Mirror, Schitt’s Creek, and Suits.

With such a unique and dramatic look, it is no wonder that the cliffs of Ovens Natural Park in Feltzen South, Nova Scotia, were selected as one of the filming locations for Locke & Key.

The uneven, jagged steps lead down to dark and mysterious sea caves and crisp, cold waters.