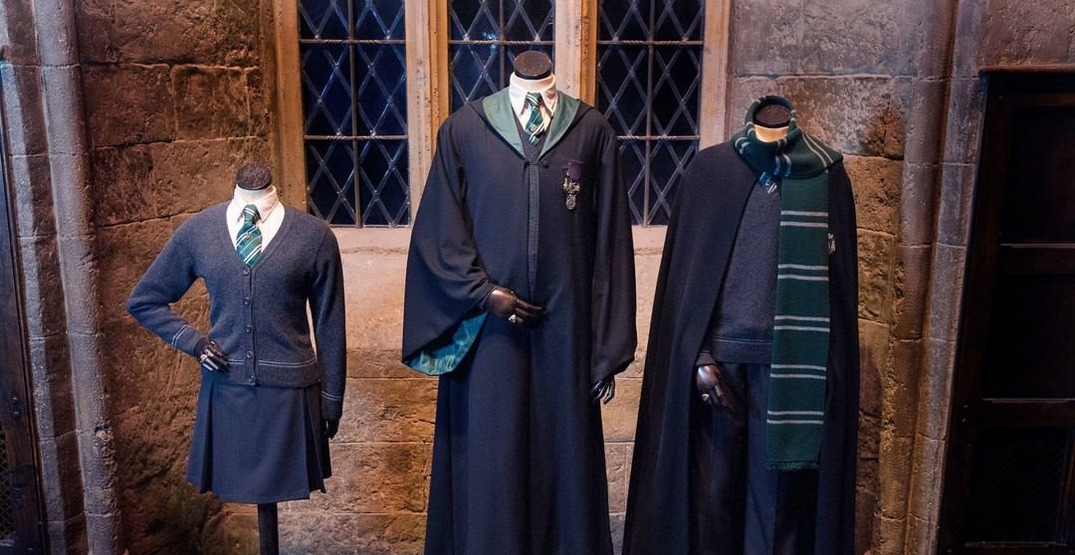 “We Slytherins are brave, yes, but not stupid. For instance, given the choice, we will always choose to save our own necks.”

Renowned at Hogwarts for their ambition and cunning, Slytherin house has produced some of the most dignified and skilled wizards in the world.

This April, Warner Bros. Studio Tour London is honouring the infamous house by allowing Harry Potter fans to peek behind the doors of the Slytherin common room and explore a variety of exclusive offerings, including authentic costumes and props once held by some of the most beloved Slytherin characters.

“You won’t have to be under the guise of Polyjuice Potion to discover the secrets of the Slytherin common room up close, as for the first time ever, you are invited to gather around the imposing fireplace and sofas where Ron’s magical transformation began to wear off, revealing his ginger hair,” the official website explains.

During this limited-time feature, fans will have access to a 25-foot-high section of the classic set completely decked out with real props from the films.

Production Designer Stuart Craig designed the Slytherin common room to have a sinister, dungeon-esque appearance, and guests will be able to experience first-hand the alterations made to the sets that pay homage to Slytherin.

For example, when entering the Great Hall, visitors will come face to face with a “sea of green house banners” hanging from the enchanted ceiling, meant to signify Slytherin winning the House Cup.

There will be additional staging to highlight some of Slytherin’s most venerated wizards and witches.

“A number of original costumes belonging to the Malfoy family will be on display, allowing you to see how the designs changed to depict their rise and fall in power and status alongside Lord Voldemort,” the website explains.

Fans will also be able to follow along with the progression of Voldemort’s costumes, depicting his transformation from orphan Tom Riddle to his younger self at Hogwarts to his final form as He Who Must Not Be Named.