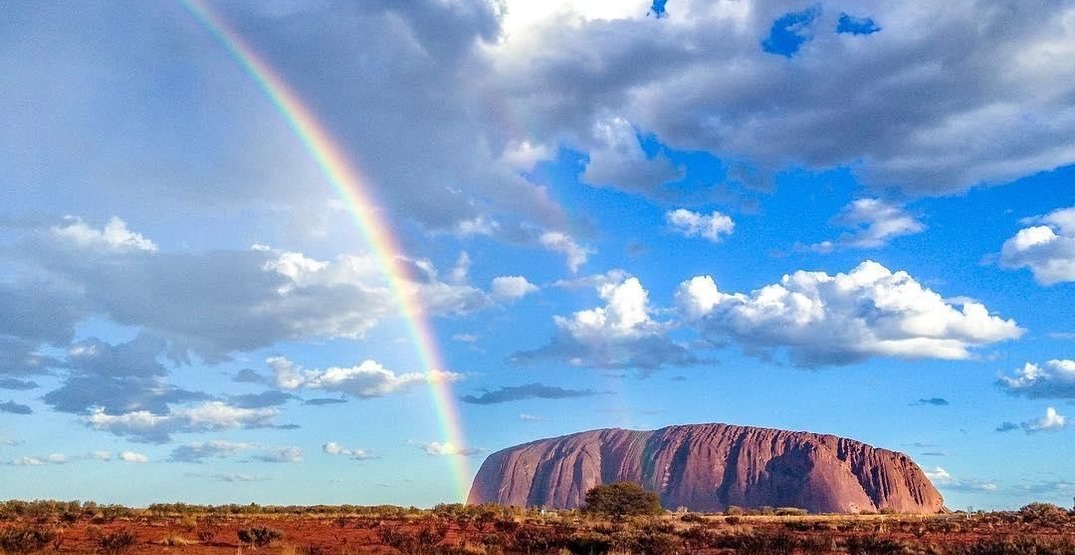 It would be an immense understatement to say that Australia has had a rough go of it over the last few months.

Bushfires have plagued the regions of New South Wales, South Australia, Victoria, and the Australian Capital Territory, leaving nothing but devastation and destroying vast amounts of ecosystems and wildlife in its way.

The fires, coupled with extreme weather fronts in the forms of flash floods, mudslides, dust storms, and hail, have resulted in many considering Australia to be out of commission when it comes to a travel destination for 2020.

However, Tourism Australia is reassuring travellers that this is not the case and urges that there has never been a better time to visit the scenic land down under.

The primary challenge, says Jane Whitehead, VP of Americas for Tourism Australia, is to counter the misinformation and misrepresentation of the bushfires, which has had a significant impact on the tourism industry throughout the entire country.

“This bushfire season has been unprecedented in its scale,” Whitehead explained at a Tourism Australia Industry Update event hosted in Vancouver, BC, on Monday.

Unfortunately, the extent of the areas affected by the bushfires has been vastly misrepresented, with many images going viral on social media spreading misinformation.

Tourism Australia seeks to counter these images with a more realistic depiction of the areas most impacted by the fires, which, with a more objective perspective, demonstrates a far smaller area than many would think. 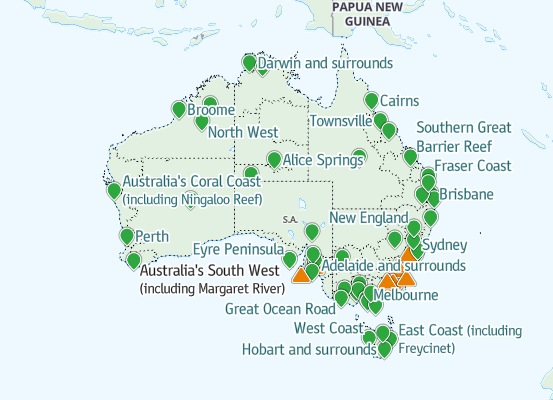 The orange triangles on the map illustrate the areas that have been partially impacted by the blazes.

This is not to say that the fires are not a severe issue; they have been an unprecedented crisis for the country.

However, most tourism destinations in Australia have not been affected.

According to Whitehead, the tourism industry in Australia employs over 660,000 people, which is 2.56% of the country’s overall population.

Prime Minister Scott Morrison issued a statement in January outlining a plan for a $76 million ($67 million CAD) investment towards a “tourism recovery package” aimed at protecting jobs and small businesses as well as boosting local economies through assisting tourists in travelling across Australia again.

According to Whitehead, a large portion of feedback from those working in the travel industry on the ground in Australia report double-digit declines in bookings and enquiries.

Although the majority of Australia’s tourism industry is based on international travel and not domestic, domestic investment is meant to help combat the effects of the overall decline in the country’s global tourism numbers.

The affected regions comprise only a small portion of the entire country of Australia, and the majority of destinations in Australia remain safe to travel to and continue to welcome visitors.

Additionally, all international airports in Australia are operating as usual.

The overarching theme that Tourism Australia wants to put forward is that the country is open for business, and now is the optimal time to go.

Wickham spoke in-depth regarding how the bushfires impacted Kangaroo Island, specifically, but shed light on the ecological processes that require it to function.

The bushfires encompassed half of the island, he explained, and that is tragic and heartbreaking.

However, Wickham quickly turned around on a positive note by explaining that there are a lot of animals being treated and rehabilitated in care, with some already being sent back into the wild.

Additionally, Wickham explained that fires are a natural part of the country’s ecological cycle. However, it is the scale of these recent bushfires that are different.

“There’s change, but it’s normal, and it’s coming back. There is a lot of research about what we can learn from this and what can be done better,” he stated.

Exceptional Kangaroo Island will be implementing trips to fire-affected areas starting in June for visitors wishing to see the ecological impact and regeneration firsthand in a voluntourism initiative.

Visitors can contribute to relief efforts directly through activities such as tree planting and animal surveying.

Australia has experienced massive outreach from the global community in terms of support and relief regarding the bushfires, and these contributions are far from going unnoticed.

But what the country is missing more than anything else is the international visitors it relies on for a substantial portion of their overall economy.

If you are looking for a way to contribute to the ongoing bushfire relief efforts in Australia, the answer is simple: visit!