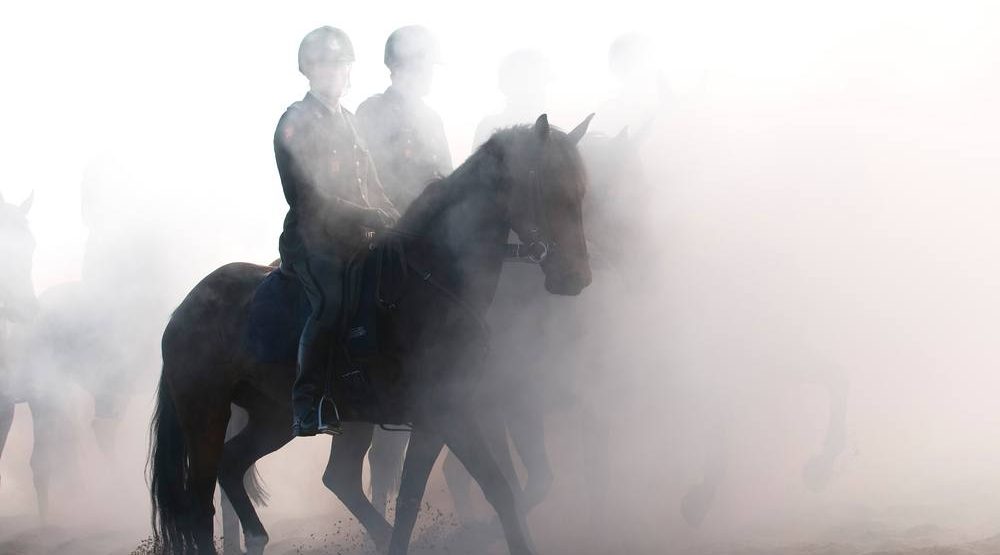 It’s a bold new age to be alive in Canada. It seems like every week there’s a new advancement impacting our lives across the country.

Google is transforming the Toronto Waterfront into either some kind of tech utopia or a digital, Orwellian-style community devoid of privacy. A BC company that literally sucks carbon out of the air and converts it into clean fuel was recently funded by the federal government, and last year Calgary even started testing a self-driving bus to take people to the zoo.

Yes, it’s a glorious age in this country, and along with all these advancements comes the latest veterinary breakthrough you never knew you were missing: weed for horses.

A new company headquartered in Toronto, CannaHorse, announced on Wednesday that they were launching the first cannabis brand “created for horse people, by horse people.”

“With more than 15 million horses in North America and Europe, the equine healthcare market is a growing billion dollar industry. We recognize the opportunity to bring the transformative power of cannabis and cannabinoids we see working in humans and other animals to life for horses,” says Warren Byrne, president of CannaHorse, in a press release.

“Our team has deep knowledge of the equestrian world. We understand how horses are meant to perform and how to care for them.”

The company is currently developing a line of different products in an attempt to address common equine ailments. CannaHorse says it’s targeting concerns like pain and inflammation, anxiety/calming, exercise and surgical recovery, and overall wellness.

It also reports that “discussions are already well underway with equine competition regulators to provide the data necessary for cannabis to be viewed as equine medicine,” since the last thing anyone wants is a failed drug test after the big race.

There’s no timeline given for the development of the product, but the company believes that, as a mammal with a similar endocannabinoid system to humans, horses can receive many of the same benefits from cannabinoids as humans.

“A healthy, happy horse is a more successful horse,” they write on their website.

Let’s just hope they don’t fill up on oats.