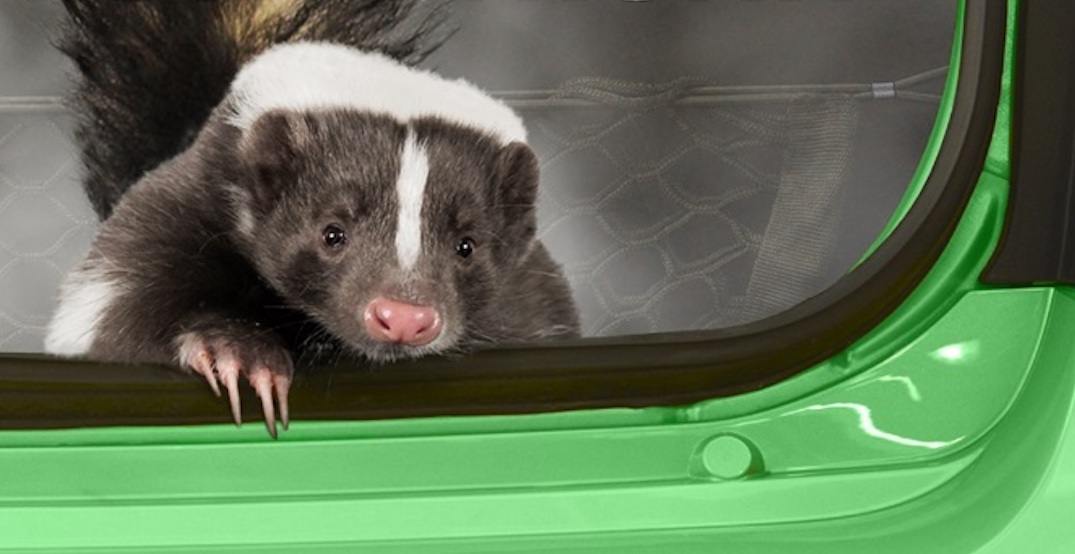 So you’ve just purchased some fresh bud from an Edmonton cannabis store and now you have to take it on home.

Just toss it on the passenger seat of the car and start driving, right?

Edmonton Police launched a new ad campaign on Tuesday to remind people how to legally transport their cannabis to avoid hefty fines, arrests and searches if pulled over.

“Put Your Skunk in the Trunk,” reads the ad, on top of a picture of a skunk peaking its head out of the trunk of a neon green car. 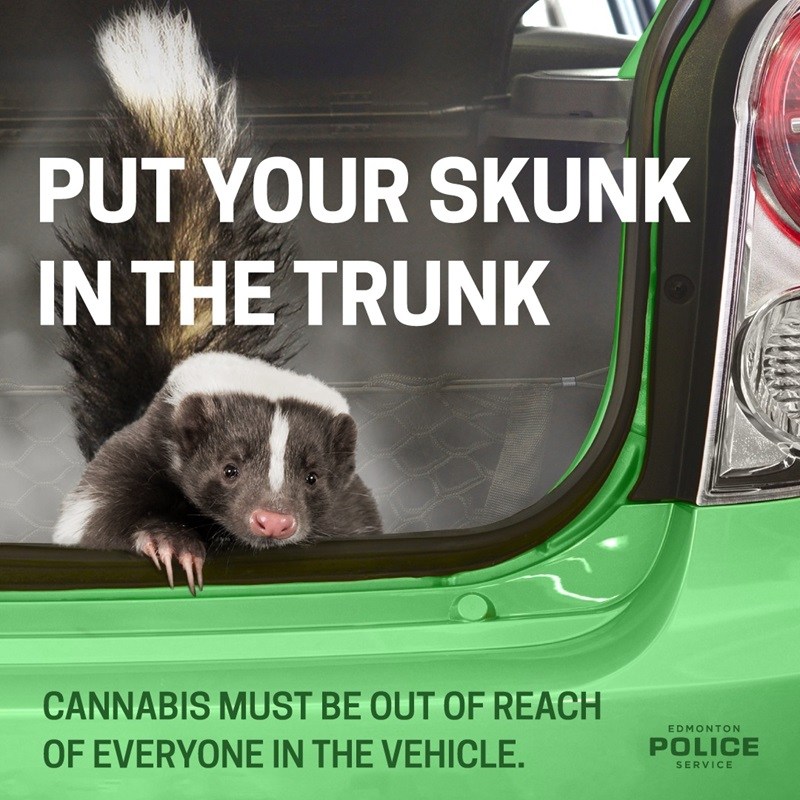 The catchphrase is intended to remind those who wish to drive with cannabis in the car of the regulations on how to do so legally.

According to section 90.25 (1) of the Government of Alberta’s Gaming, Liquor and Cannabis Act, when transporting cannabis, the product must not only be in a sealed package but must also be out of reach of the driver and anyone else in the vehicle.

If pulled over, improper storage of cannabis in a vehicle can result in arrests, searches and fines.

“We’re finding that many citizens are doing everything legally, going to the licensed retail store to buy their cannabis, but then they’re driving home with their purchase on their back seat,” said Cst. Dexx Williams, Edmonton Police cannabis compliance officer, in a statement issued in a news release.

“We don’t want to lay charges or give tickets to people who are trying to follow the laws, but we have to take violations involving cannabis in vehicles very seriously.”

Since the day of cannabis legalization last October up until the end of May 2019, 61% of charges laid by Edmonton Police under the Gaming, Liquor and Cannabis Act were for improper transport of the product, according to the release.

So—let’s bring that percentage down, and start putting the skunk in the trunk.

Don’t have a trunk?

According to Edmonton Police, under a rear seat of the car would be a legal compensation for those who drive trunk-less. If you have passengers sitting in that back seat though, you’ll have to store the cannabis out of everyone’s reach. The box of a truck or the rear hatch of a hatchback would do.

Bottom line—as long as no one can comfortably get their hands on it, you’re good. So now’s the time to get creative if you’d like to stay within the law.