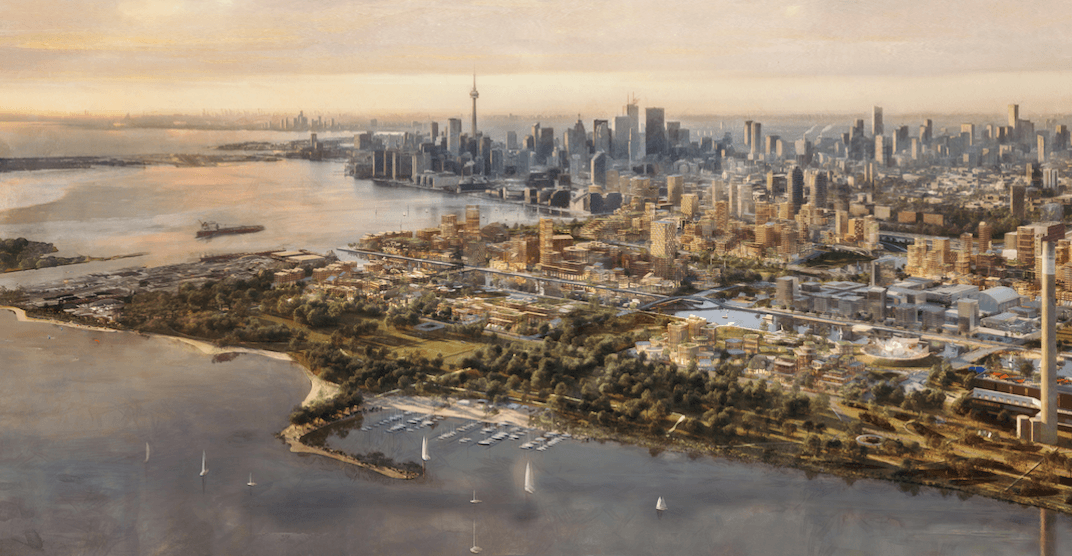 Waterfront Toronto released the draft on Monday for the 4.9-hectare (12-acre) parcel of land, and now the Master Innovation and Development Plan (MIDP), titled Toronto Tomorrow: A New Approach for Inclusive Growth, is available to the public.

The MIDP includes three volumes, spanning over 1,500-pages, exploring how the city can transform a small piece of the eastern waterfront into a “global model for urban innovation.”

Sidewalk Labs said Monday that its $1.3-billion plan for the Toronto neighbourhood was developed after 18 months of speaking with more than 21,000 Toronto residents.

But there are also plans to build an “urban innovation campus” for startups, a new Google Canada headquarters, and a non-profit applied research institute called the ‘Urban Innovation Institute.’ 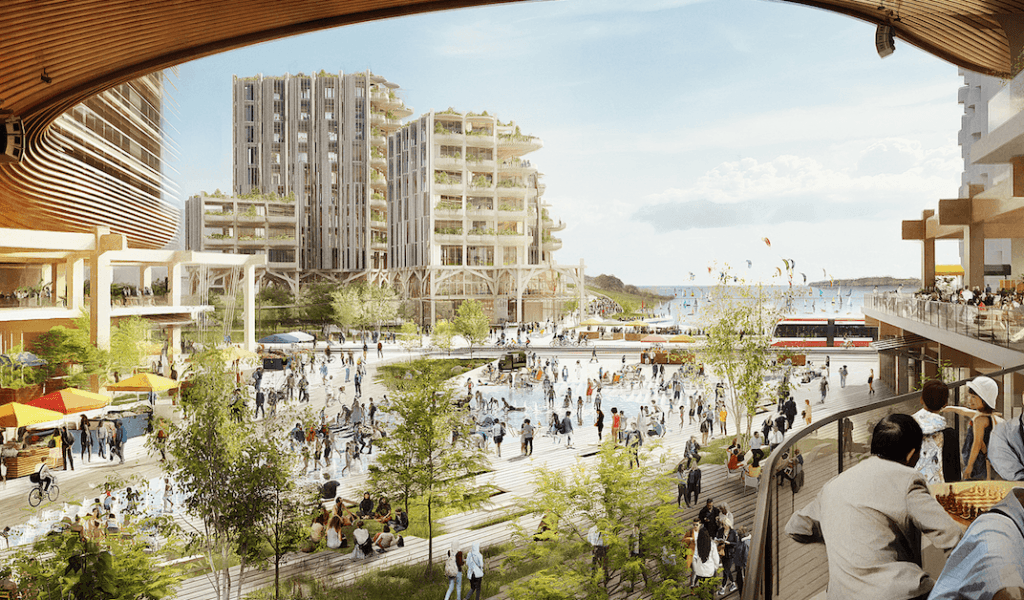 According to the MIDP, the project also includes building the first neighbourhood built entirely of mass timber, dynamic streets that can adapt to a neighbourhood’s changing needs, weather mitigation systems, and a thermal grid for heating and cooling.

“All together, more than five dozen innovations would be combined in a single place for the first time, creating a global model for combining cutting-edge technology and great urban design to dramatically improve quality of life,” said Sidewalk Labs CEO, Daniel Doctoroff. 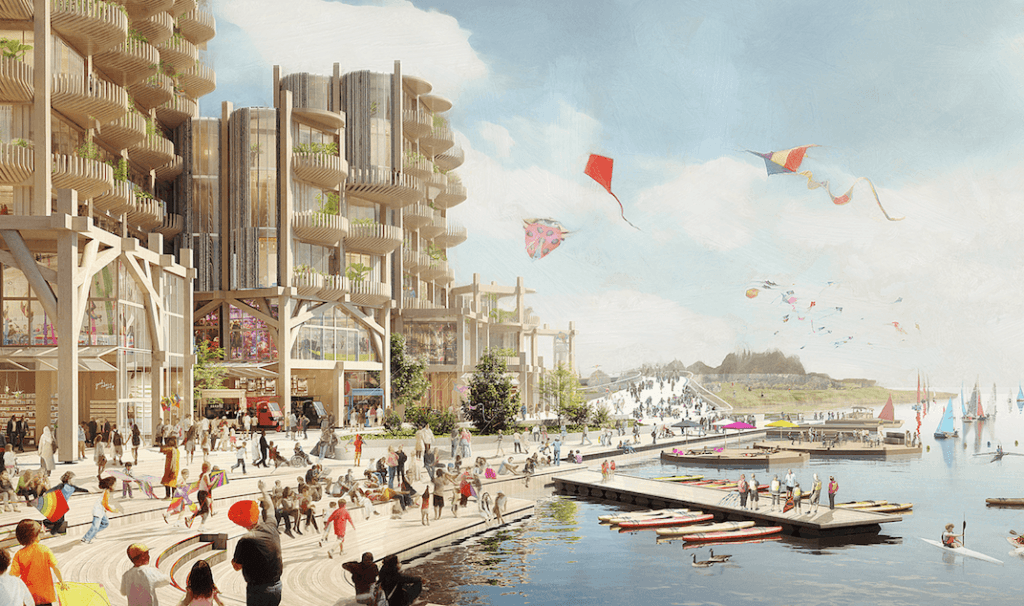 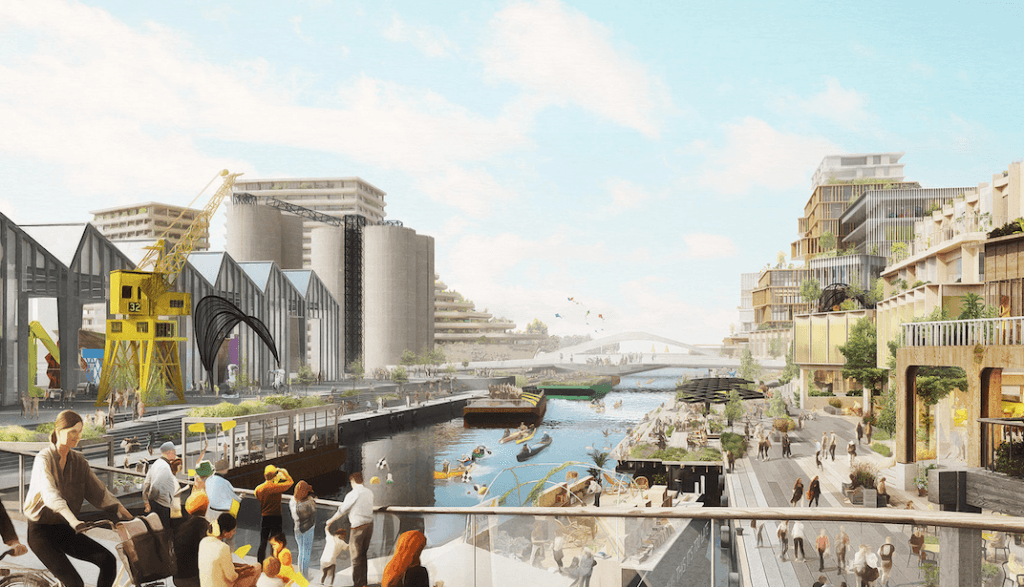 To further make the Quayside development sustainable, the proposal includes a transportation system that reduces the need to own a car, by expanding the walking, cycling, and transit infrastructure, along with the addition of on-demand mobility services—saving households an average of $4000 a year in transportation costs. 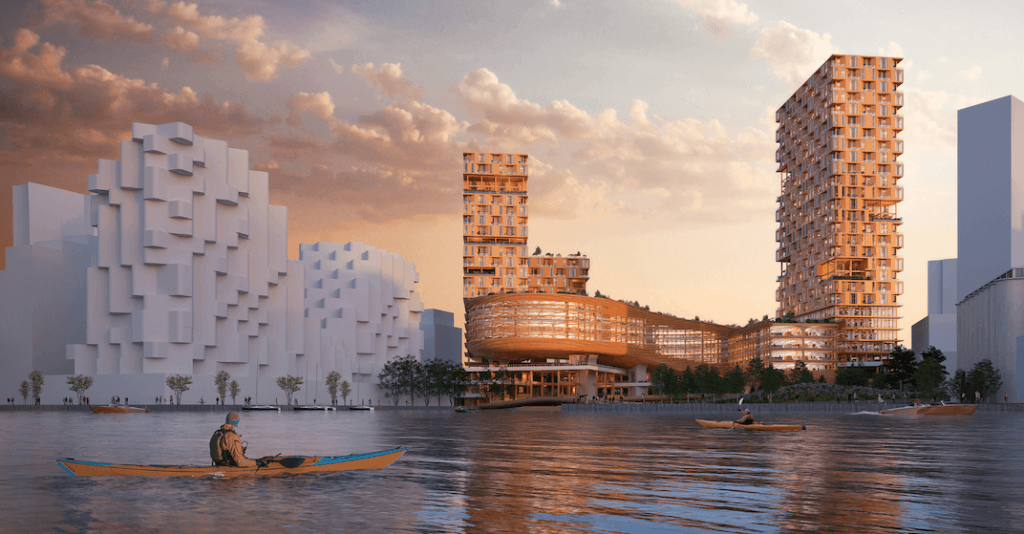 By its proposed 2040 completion, the project would create 93,000 total jobs (including 44,000 direct jobs) and become a tremendous revenue source for government, generating $4.3 billion in annual tax revenue and $14.2 billion in annual GDP.

“The Quayside project has the potential to accelerate the city’s goals and objectives for the waterfront and the broader city through the implementation and demonstration of innovations in areas such as planning, design, construction, and information technology,” said Tory, in a statement.

However, Tory added that all levels of government and Waterfront Toronto need to ensure the project is done in a “transparent manner that’s good for Toronto, good for the province, and good for Canada.”

“I look forward to Waterfront Toronto consulting the public about this draft plan and thank officials at Waterfront Toronto for their ongoing work on this plan that ultimately will be subject to the approval of all parties involved,” he added.

The MIDP is now available on Waterfront Toronto’s website, physical copies will be coming to Toronto Public Library branches across the city, and public consultations will begin on July 15.

Additionally, there will be a Sidewalk Summer Open House on June 29 at the Toronto headquarters, where you can see the ideas, prototypes, and Sidewalk’s vision for the neighbourhood of the future come to life.