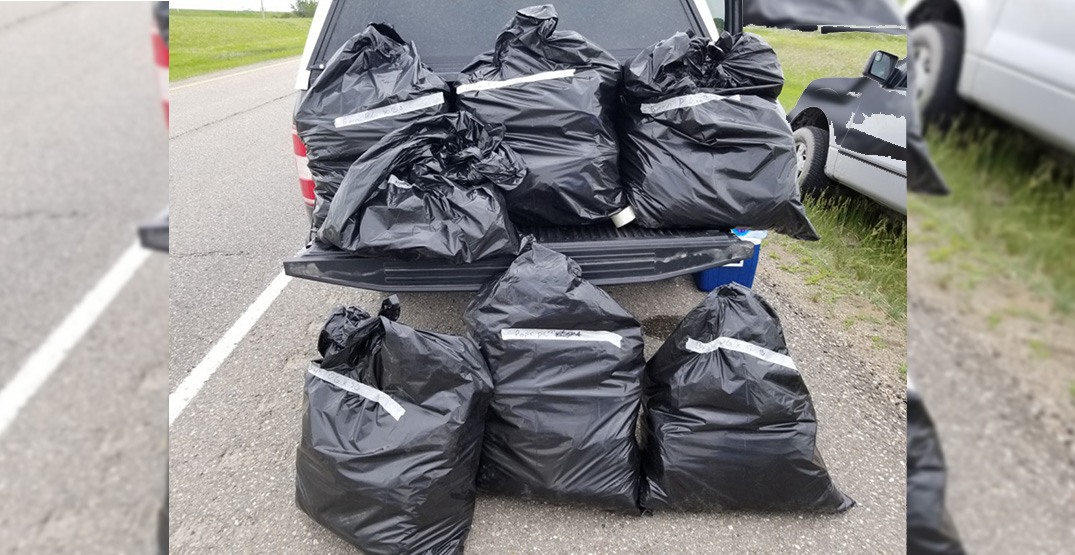 Finding cannabis as an adult is supposed to be easier than ever, but a recent traffic stop in Manitoba shows just how easy that can be.

According to a press release from the RCMP Roving Traffic Unit, on June 14, at 4:40 pm, officers conducted a traffic stop east of Brandon on Highway 1 in the municipality of Cornwallis. After the stop police searched the vehicle, which they say resulted in the discovery and subsequent seizure of 60 kilograms of cannabis.

“While recreational cannabis is legal, this seizure shows that there is still illicit cannabis in our communities and police will continue to enforce this,” said S/Sgt. Kyle McFadyen, in the release. “The only way to know your cannabis is safe is to purchase cannabis through approved distributors as outlined in the federal Cannabis Act and the provincial Liquor, Gaming and Cannabis Control Act.”

This is one case where putting your weed in the trunk, wouldn’t have helped.