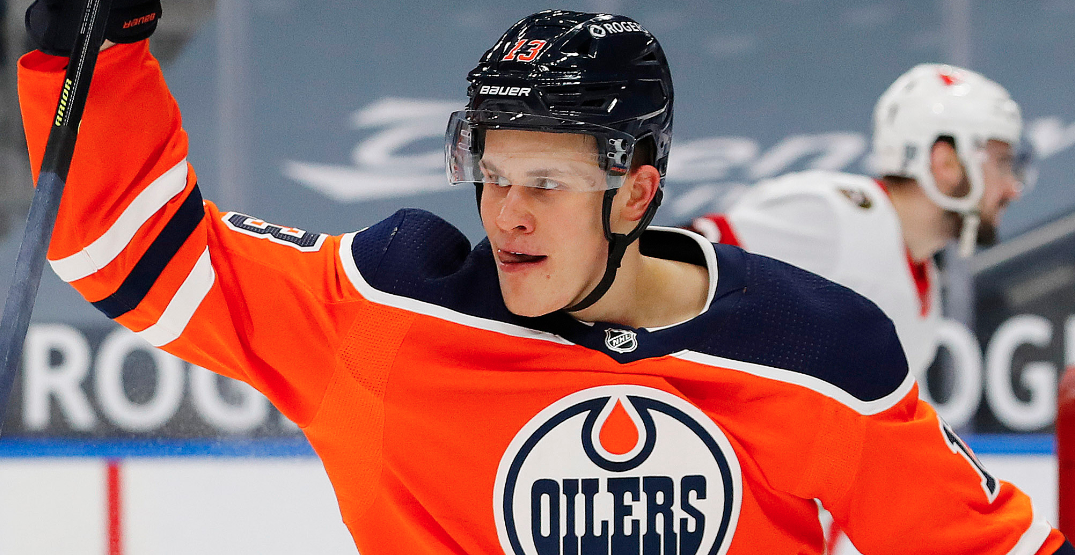 A split between Jesse Puljujarvi and the Edmonton Oilers could be coming sooner rather than later.

The Ottawa Senators are among several teams believed to be involved in potential trade talks involving the Edmonton Oilers forward, according to TSN’s Chris Johnston.

“There are discussions as well in Edmonton on Jesse Puljujarvi’s future and it sounds right now as though the trade winds are blowing increasingly stronger,” Johnston said on Insider Trading on Thursday. “There are a couple of teams that have engaged with the Oilers in trade talks on Puljujarvi. One of them is believed to be the Ottawa Senators.”

He is a pending restricted free agent, and the Oilers have limited cap space heading into the summer.

Tom Gazzola of TSN 1260 in Edmonton reported Wednesday that both the team and player realize it could be time for a parting of ways.

“Here’s what I’ve been told. Here’s my understanding. Here’s what I know. Take it how you want to. I’ll preface it by saying I like Jesse Puljujarvi. I like the person. I like the player. I think he’s going to be a good player. What type of player he becomes, we shall see,” Gazzola started on The Oil Stream podcast.

Oilers general manager Ken Holland said in exit interviews last month that he had to “figure out” how Puljujarvi would fit moving forward.

“Certainly he played really good the first quarter of the season and then he kind of came off it, and I think it was a struggle for him, I think the last half,” Holland said. “I think he lost his confidence. Then he lost his confidence, he obviously was in the top six and he worked his way into the bottom six.”

Edmonton has a little over $7 million in cap space before sorting out injured defenceman Oscar Klefbom and the future of 40-year-old goaltender Mike Smith.

“This is a player that needs a new contract,” Johnston said. “He’s a restricted free agent. If Edmonton is not going to give him that contract, don’t be surprised if he’s moved here at some point.”