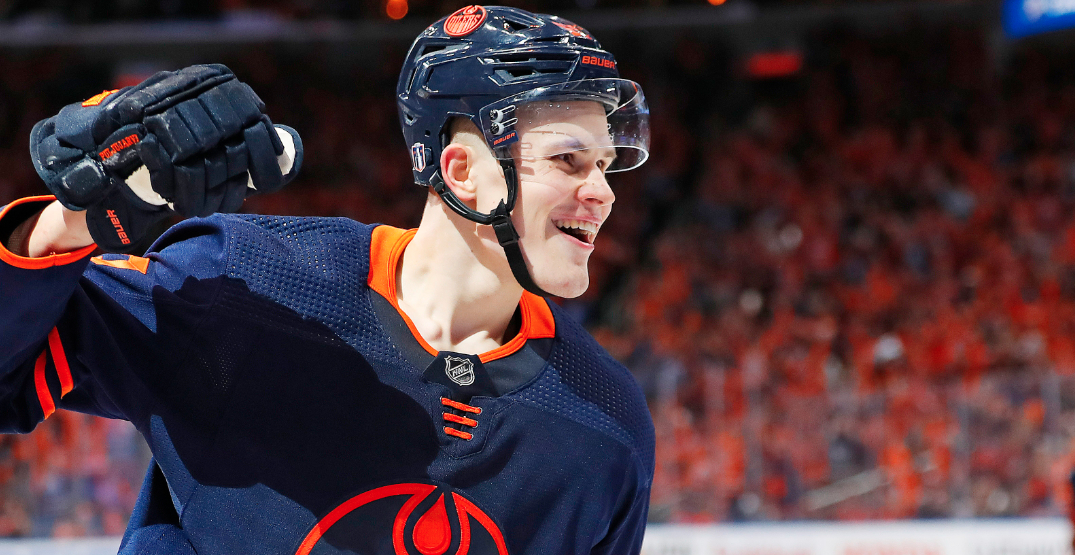 It probably isn’t the ringing endorsement that’ll send a player skipping into the summer on a positive note, but the assessment of Jesse Puljujarvi from Edmonton Oilers general manager Ken Holland offered an honest glimpse into the question surrounding his forward this offseason.

Is Puljujarvi part of the solution moving forward?

“That’s what I’ve got to figure out,” Holland said.

It’s what the entire city of Edmonton will spend at least part of the summer debating, both internally within the organization and externally with the fanbase dissecting the ups and downs, ins and outs, and rights and wrongs of a successful season that ended in a heartbreaking four-game sweep in the Western Conference Final to the Colorado Avalanche.

Puljujarvi, the No. 4 pick in the 2016 NHL Draft, was a lightning rod of attention, both positive and negative, from the moment the puck dropped on the 2021-22 campaign.

He started a house on fire, netting six goals in his first 11 games while playing in the Oilers’ top six. He had just four in the 29 that followed leading into the NHL All-Star break in February, and closed out the latter third of the season with another four goals in 25 games.

“Certainly he played really good the first quarter of the season and then he kind of came off it, and I think it was a struggle for him, I think the last half,” Holland said. “I think he lost his confidence. Then he lost his confidence, he obviously was in the top-six and he worked his way into the bottom-six.”

Puljujarvi, who enters the offseason as a restricted free agent whose rights are held by a cap-strapped team, had just two goals in Edmonton’s 16-game playoff run, too.

“I know he’s disappointed,” Holland said. “He had a great start. I think the first 13, 14, 15 games of the year he was almost a point a game and the second half of the year was a real struggle. I told Jesse I’d call his agent in the next week or 10 days.

“I want to talk to the coaches, talk to Woody and then make some decisions.”

Detractors will point to the fact the 6-foot-4, 201-pound forward scored just eight goals in the last 54 games of the regular season, and 10 goals through the last 70 total, including playoffs.

They’ll mix in the fact that the 24-year-old right winger was the beneficiary of the third-most offensive zone starts on the team during the regular season, at 18.9%, and the second-fewest defensive zone starts, at 8.9%, amongst all skaters.

Not terrible. Not great either, given the opportunity.

“I think if you look at his point totals for this season, he set a career-high,” Oilers coach Jay Woodcroft said, who inherited Puljujarvi when he was hired to replace Dave Tippett in February. “Not in goals, but in point totals.

“He’s a young hockey player. I think for him, he is not dissimilar than Ryan McLeod, Evan Bouchard, Stuart Skinner, Dylan Holloway, some of our young players. That’s where the growth is going to come from and they got really good experience in our playoff run to aid that growth. We have a strong belief in the next wave of young players coming through our organization, and Jesse is one of them.”

Woodcroft can point to the fact that Puljujarvi had the fifth-most expected goals per 60 minutes on the team at 1.33, and led the team in shot attempts percentage at 58.8%.

Others will preach real goals, not expected, are what win hockey games.

The Oilers have a little over $7 million available in cap space entering the offseason, according to CapFriendly. Puljujarvi and fellow restricted free agent Kailer Yamamoto each need new deals, and Edmonton currently has just eight forwards locked into contracts for next season. The team needs to add a defenceman and goaltender to the mix, too.

None of the space takes into account the projected cost of keeping top-line forward Evander Kane in the fold either, if possible.

The scenario could paint Puljujarvi, who Evolving Hockey projects fetching a deal north of $4 million on a four-year term, on the outside looking in.

“He’s what, 24 years old?” questioned Holland. “He’s not really young but he’s relatively young. I’ve got to sort out Jesse.”