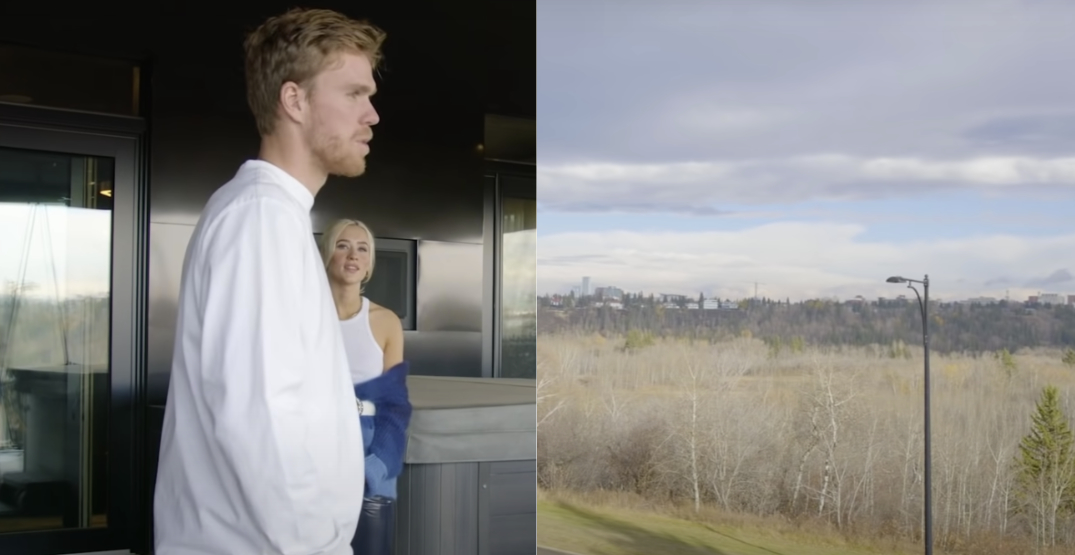 The reactions to Connor McDavid’s house in Edmonton were mixed, to say the least.

The home boasts a custom-built sports court and gym, and contains both an outdoor hot tub and sauna at the disposal of the highest paid player in NHL history.

Lauren Kyle, McDavid’s girlfriend, is an interior designer who helped shape the home. The house was imagined by Design Two Group after McDavid signed an eight-year, $100 million contract with the Oilers on July 5, 2017. It sits in the upscale Parkview gated community.

But one thing seemingly everyone agreed on?

Many feel the view, which McDavid described as “really nice,” isn’t as lovely as the Edmonton Oilers captain may think.

While some loved the three-story, custom-built home that was on display for Architectural Digest earlier this week, the common consensus seemed to be that McDavid’s “really nice view” is far from it.

“Struggling to decide what looks more cold and uninviting, McDavid’s ‘American Psycho’ mansion or his view of Edmonton,” tweeted one person.

Connor McDavid: “I love the view”

everything about connor mcdavid's house can be explained by the fact that he called this a "really nice view" https://t.co/HCYJlqD3K5 pic.twitter.com/aRT5Vt8TUX

Struggling to decide what looks more cold and uninviting, McDavid's 'American Psycho' mansion or his view of Edmonton. https://t.co/cegoUrb9BU

In fairness to McDavid, Edmonton’s River Valley — the largest urban park in Canada — shows a bit nicer in the summer months than it does in November.

It’s true, Edmonton, your river valley is very beautiful in the summer. pic.twitter.com/p4VOXcD0za