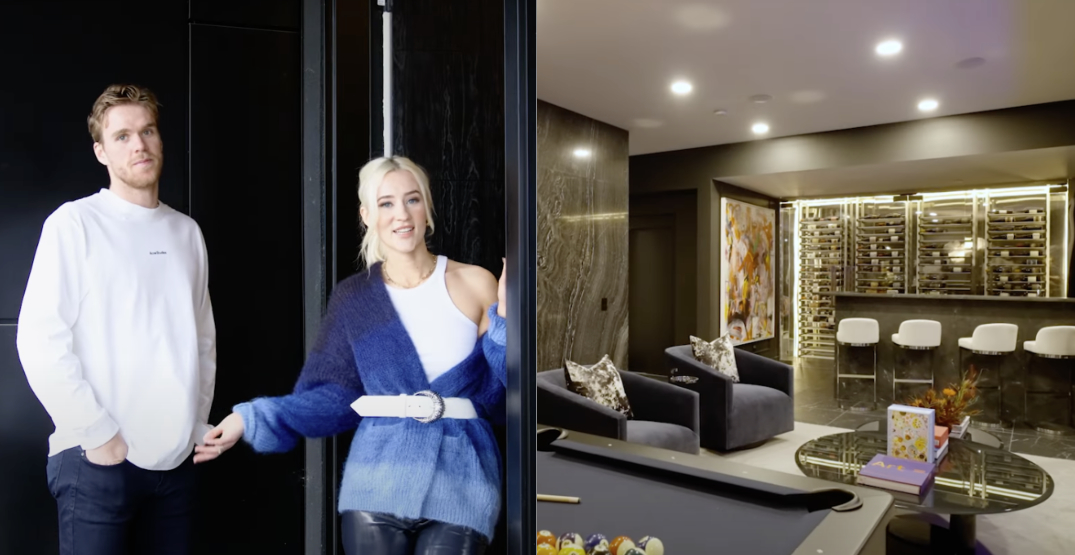 In a tour of his home for Architectural Digest, McDavid let it drop that he’s a big fan of a bath to help keep him ready for action with the Edmonton Oilers.

“Big tub. I get sore legs, so I’m not afraid to have a bath to help ease that up,” McDavid said.

“Yeah. You use the bath way more than I,” girlfriend Lauren Kyle interrupted. “I think I’ve been in it once, and you’ve been in it multiple times. You love it.”

The ensuite is just one of several impressive rooms of the Edmonton house.

The three-story home tour takes viewers through the entire house, from office to guest room to living room to kitchen to master bedroom and ensuite combination. It also includes a look at McDavid’s custom-built gym and sports court, complete with a basketball hoop.

“I think our house has kind of become the designated team party house,” McDavid said.

It’s not the bathtub or sports court, where Kyle says she’s played goal against McDavid, that got the top reviews, though.

Leonard, McDavid and Kyle’s dog might’ve been the star of the show.

Can we make Leonard the captain of the Oliers? The house looks a bit less James Bond villain here.

Fancy Lenard immediately redeemed all of it pic.twitter.com/xFAp6QJNG3

best thing about the house is the dog

Kyle is an interior designer who helped create the project. The home was imagined by Design Two Group after McDavid signed an eight-year, $100 million contract with the Oilers on July 5, 2017. His career earnings to date are estimated at just under $59 million, according to Cap Friendly.

At an average annual value of $12.5 million, McDavid is the highest-paid player in the NHL.

Others to be featured on the Architectural Digest YouTube page include Sugar Ray Leonard, Alicia Keys and Swiss Beatz, and Tyrese Gibson.