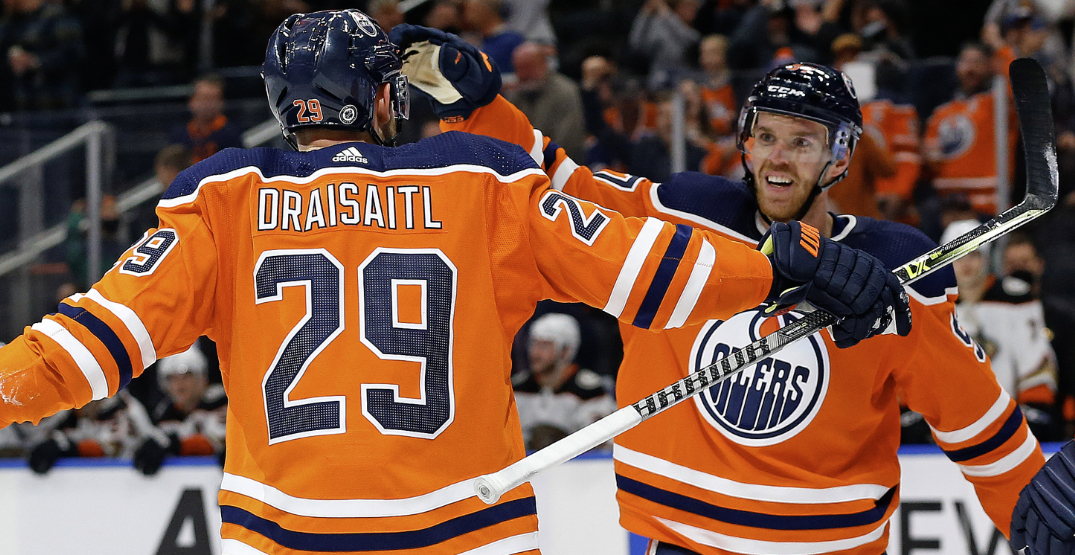 Wayne Gretzky sees something familiar in the Edmonton Oilers.

And Gretzky, who won four Stanley Cups with Edmonton in the 1980s, thinks Connor McDavid, Leon Draisaitl, and the crew are on the verge of some greatness, too.

“I went for lunch with Leon Draisaitl, Connor, and Darnell Nurse, and it reminded me so much of me, Kevin Lowe, Mark Messier, and Paul Coffey having lunch together,” Gretzky said Wednesday on Sportsnet 590 The Fan’s Real Kyper and Bourne Show. “They were teasing each other. Leon was disappointed that Connor’s passes weren’t as good as he thought they should be.

“And you know what? That’s what makes teams successful. That they can tease each other and be on the same page and know ultimately that they want to win a championship.”

The Oilers are sixth at 14-5-0 through 19 games but have the league’s third-best winning percentage. They’ve yet to lose back-to-back games this season.

#SportsnetStat📊#Oilers who have recorded 40 points in the team's first 19 games:

Edmonton also boasts the top two leading scorers in the NHL with Draisaitl and McDavid.

Draisaitl is the first player not named Gretzky in Oilers history to amass 40 points before the 20-game mark of a season. McDavid became the fourth-fastest player to make 400 assists in a win against the Arizona Coyotes on Wednesday.

Each has a Hart Trophy as the league’s most valuable player in the past two years, too.

The milestones continue at an astonishing pace for @cmcdavid97, who hit the 400-assist mark in fewer games than any other active player. #NHLStats: https://t.co/6QIo3NiqKb pic.twitter.com/gkgx6Xc7F1

Gretzky senses that is all about to change.

“I remember I left lunch, and I said to my wife, ‘You know what? This team is so much closer to winning than people understand because these guys are so close, and they want to win so badly for each other, and I love that,'” Gretzky said. “To me, that’s even better when in the locker room these guys are all on the same page.”

The Toronto Maple Leafs, who sit fifth in the NHL with a 14-6-1 record after 21 games, is also on the verge of something special in Gretzky’s eyes.

“And I feel watching the Leafs play that they have that same camaraderie, and it’s us, and we’re together, and we don’t care who scores,” Gretzky continued.

“This is what you do really well. This is what defines you as a player. And let’s just win hockey games. That’s what makes watching the Leafs fun right now because that’s what they’re doing.”