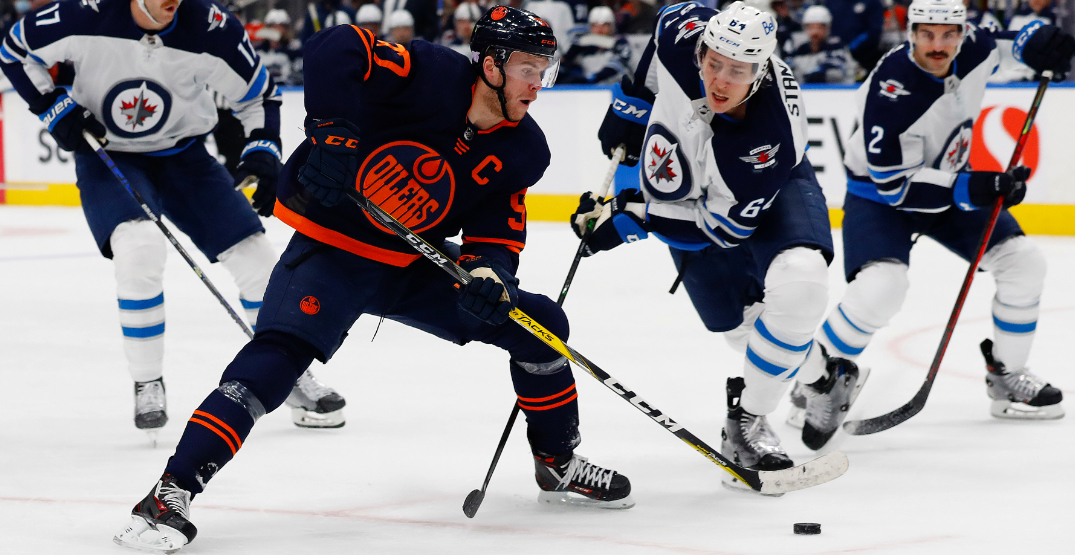 Connor McDavid is at it again.

The only way he seemingly knows how.

McDavid curled and took a pass in his own zone from Cody Ceci before turning up ice, catching Jets forward Adam Lowry leaning the wrong way and bursting wide by towering defenseman Logan Stanley before perfectly placing a shot over Connor Hellebuyck’s shoulder for a jaw-dropper that knotted the game at ones.

You could say he turned on the Jets for this latest goal-of-the-year candidate.

“It’s surreal,” teammate Kyle Turris told media postgame. “In the NHL, every player is a good player. You just don’t see that happen. He’s just so fast and so quick at his movements. For him to pull things off like that in key clutch times, that’s what makes him the best in the world. It’s a lot of fun to watch and you know it’s always a possibility. You’re surprised, but you’re also not surprised because you see it every day in practice.”

Oh, and Edmonton went on to win the game, 2-1 in a shootout.

“He’s a pretty special player,” Oilers coach Dave Tippett said. “You could put him in with a handful of guys in the league that are dominant like that. I was fortunate to play a year with Mario Lemieux (in 1992-93) and saw some things like that out of him. But he’s a special player; he can make something out of nothing.”

“The thing that makes it unbelievable is the timing in which he does it. Two of those highlight goals this year are ultimately important goals. That’s just what he does.”

The tally also pushed McDavid’s year-long point streak to 16 games, tying Wayne Gretzky for the third-longest run to start a season in Oilers’ franchise history. Gretzky also had a run of 30 games in 1982-83 and an incredible 51-game streak in 1983-84.

McDavid has 11 goals and 19 assists during his run, putting him second in NHL scoring, three behind teammate Leon Draisaitl.