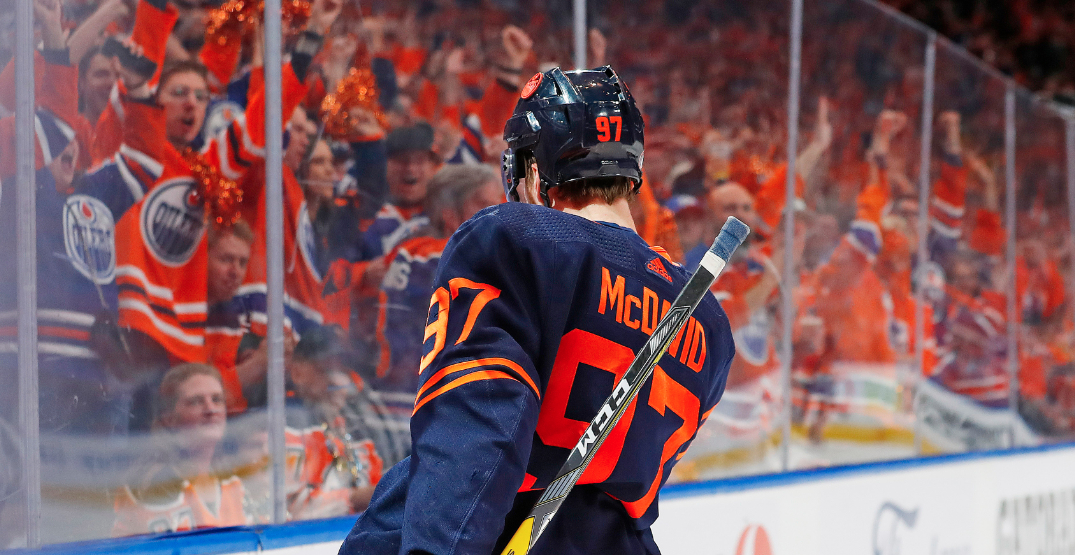 Prepare to pony up if you’re looking to get into some last-minute Edmonton Oilers Game 7 action at Rogers Place on Saturday.

Because tickets won’t be cheap.

Sure, there are some affordable options, relatively speaking, to get into the building — including tickets starting at $384.40 — but those looking to maximize the fun factor and get a little closer to the action will have to dig deep through the couch cushions to find a little extra change.

Okay, a lot of extra change.

There are currently seven separate listings of tickets that’ll put your behind front and centre for Edmonton’s first Game 7 at home in over 30 years, and the chance to witness their first trip beyond the first round of the Stanley Cup Playoffs since 2017.

And if you’re feeling extra splurgy, Ticketmaster options top out at $6,200 apiece for special Loge seating.

Loge tickets are the “ultimate mix of premium service, social interaction and business networking,” according to the Oilers’ website. They include in-seat food and beverages, a gourmet menu, a private concourse, and premium access with spacious, cushioned seating.

StubHub might be another option for those last-minute, frugal fans.

While there is no shortage of tickets tickling the upper range of $2,000, there are a plethora of options on the ticket reselling site that fall under $500, and that might make a bit more sense.

Lower-bowl options can be had for under $700, too, making for a good middle-of-the-road option for those that won’t have to shave a mortgage or rent payment short.

For those that want to join in the festivities but can’t tap out the budget, the Oilers also have a free viewing party outside the rink.

Get there early, because it could be one big celebration.

And they do happen to boast the best player in the game.

So in the end, it all adds up.

Regardless of how pricy things may get.