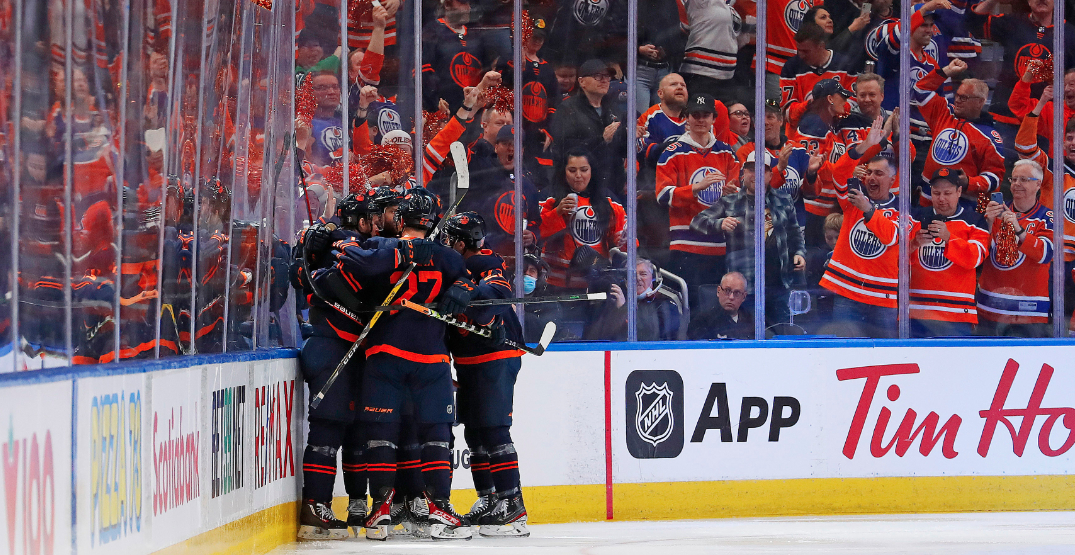 The Edmonton Oilers are returning home with at least one more game on the docket.

“It feels a lot better than the other. It’s what dreams are made of, going to Game 7, back at home in Edmonton,” goalie Mike Smith told media Friday. “Guys are pretty excited.

The Oilers forced a seventh and deciding game, set for Rogers Place on Saturday, after dispatching of the Kings at Crypto.com Arena on Thursday night with a 4-2 win on the strength of a pair of goals from Evander Kane and 30-save effort from Smith.

It has Edmonton within a single win of advancing to the second round of the Stanley Cup Playoffs for the first time since 2017, and just the second time since losing in the 2006 Stanley Cup Final to the Carolina Hurricanes.

But the Oilers aren’t looking to the second round yet.

They’ve got the 60 minutes, or more, with the Kings to contend with before they can look at the significance any win might represent after a rollercoaster season.

“We have to get our minds right for what tomorrow’s challenge is going to require,” Edmonton coach Jay Woodcroft said. “We have a very clear understanding of who we are. We understand how we have to play in order to be successful. Our guys will be ready heading into Game 7.”

That game will be contested in Oil Country.

It’s the first time in 32 years, since a Smythe Division battle against the Winnipeg Jets, that Edmonton will play a winner-take-all bout on home ice.

But Woodcroft is instead looking back to Los Angeles for the blueprint they’ll need to win on home ice.

“We’re excited about the opportunity of what tomorrow night represents.”

It represents the two best words.

Or, if you’re getting technical, one word and one digit.

“It’s one game,” said Smith, who can become the first goaltender to make his Game 7 debut after at least 600 career regular season games played.

“Anything can happen. You’ve just got to make sure you bring your ‘A’ game.

“And put it all out there.”