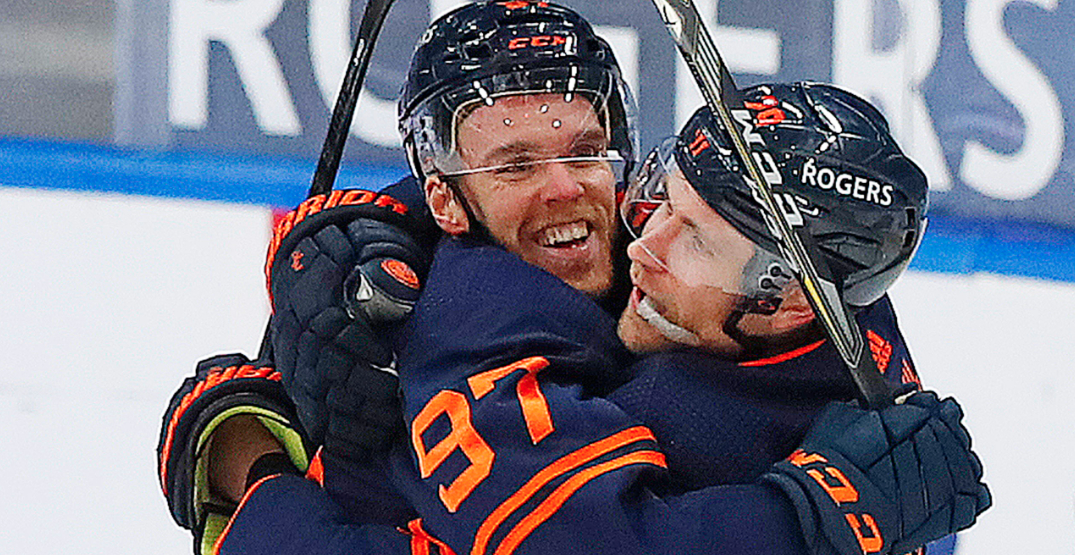 Must be a comforting combination if you’re the Edmonton Oilers.

And while the quantity of unique adjectives available to describe McDavid and his season are running low, the praise is running high for the Oilers captain as the club looks to oust the Los Angeles Kings in the opening round of the Stanley Cup Playoffs on Saturday.

“I think he really wants to take his game to the next level in the playoffs. He’s done that. He’s done that. He’s played unbelievable for us when we’ve been down in games. You can tell he wants to be a difference-maker. That’s what separates the really good players from the amazing players, like Connor is. No one wants it more than him.

“You can tell the way he’s preparing, the way he carries himself on the ice, and obviously the performances he has in big games is a big testament to what kind of player he is and what kind of player he wants to be and a leader for our group to show that he’s driving the bus, everyone jump on board, and hopefully we can take it into Game 7 and do the same.”

Not surprising, then, that the NHL’s leading regular-season scorer has taken that prowess into the playoffs, pacing each skater on all 16 qualified teams in scoring with 12 points (three goals, nine assists) through the opening week-and-half of postseason play.

The Ted Lindsay Award and Hart Memorial Trophy nominee has helped elevate Edmonton into a Game 7 situation on Saturday with a chance to punch a ticket to the next round for just the second time of his career.

“Otherworldly,” Oilers skipper Jay Woodcroft said Friday. “That’s the way this guy’s playing. What he doesn’t get enough credit for is how good of a defensive player he is, the amount of hard minutes he plays, the fouls that he skates through, and the price that he is made to pay in order to have that type of success. It speaks to his will. It speaks to his preparation. For someone of his calibre to be playing at the level he is, it’s inspirational for our group.”

McDavid has been held off the scoresheet in just one outing — a Game 4 shutout loss in Los Angeles. He’s got six multi-point games, including back-to-back three-point efforts to help push the series against the Kings to the distance.

The playoff bonus has McDavid at 135 points, regular season and playoffs combined.

It’s the most by an Oilers’ skater since Mark Messier had 160 points in 1989-90. Messier, of course, hoisted the Cup that season — Edmonton’s last championship.

“He’s a game-changer,” said Smith, who boasts a tidy .931 save percentage through the opening six games of the series.

“We don’t take him for granted by any means, but he’s done a lot to put us in this position and give us a chance to move on.”