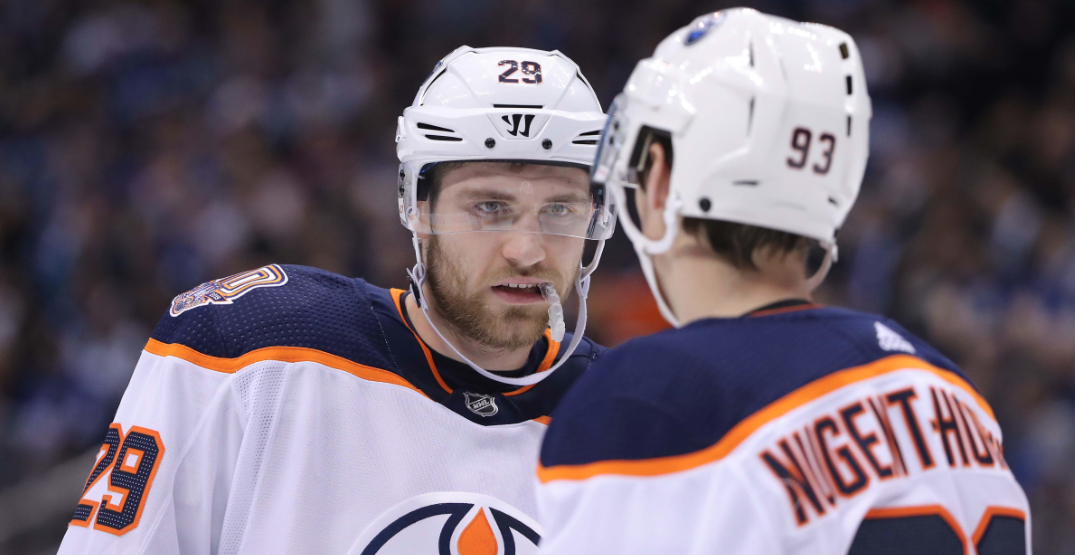 The Edmonton Oilers medical staff has a busy summer ahead of them.

The Oilers, who were ousted in four games by the Colorado Avalanche in the Western Conference Final, weren’t without some significant injuries in their chase for the Stanley Cup.

Some will keep T.D. Forss, Edmonton’s head athletic therapist, active for the foreseeable future after general manager Ken Holland ran through the laundry list of injuries that hampered the Oilers in their 16 games of postseason experience.

None more notable than that of star forward Leon Draisaitl.

“He was playing with a high ankle sprain,” Holland revealed. “He got hurt I think Game 6 in LA when Mikey Anderson bodyslammed him. It was a struggle. You guys saw it. The odd game he’d go down after a shift and come back. He was playing in a lot of pain. For me, watching what he went through… he obviously couldn’t practice, he could only play. He had [32] points. It was unbelievable the level he played at with what he was going through.”

Draisaitl was second to only Connor McDavid in playoff scoring when Edmonton was eliminated.

He had seven goals and 25 assists, ranking seventh all-time for most points prior to the start of a Stanley Cup Final. In the run was seven games of three or more points, becoming  just the second player in NHL history to register as many in a single playoff year.

“Absolute warrior,” goaltender Mike Smith said Tuesday. “To have one of your top players, one of the best players in the league, have an injury as severe as he did and to play as well as he did and battle through… everyone knows the skill level he has but to compete through an injury as severe as he has is obviously something that is special and he deserves a lot of credit for pushing through.”

He wasn’t alone. Darnell Nurse admitted to playing through a torn hip flexor on Tuesday.

It doesn’t appear he will require surgery, according to Holland.

“Right now, T.D. told me he does not think anybody needs surgery but we’re getting pictures on a few people and we’ll know more in the next few days,” he said.

Those were the two most speculated injuries.

But not all of them.

“Nuge was playing through an injured shoulder,” started Holland.

“Yamamoto was in concussion protocol.”

Puljujarvi played 11:51 in Game 4. Yamamoto was injured on a hit from Avalanche forward Gabriel Landeskog in Game 2.

They weren’t the only ones walking wounded. The sick bay had plenty of patients throughout the postseason.

They battled through to try to chase the dream of hoisting the Stanley Cup.

“Beyond that, I went through it this morning with T.D. Forss. There were five, six, seven other guys that were playing banged up,” Holland described.

“This time of the year, that’s what NHL players do. They play banged up.”