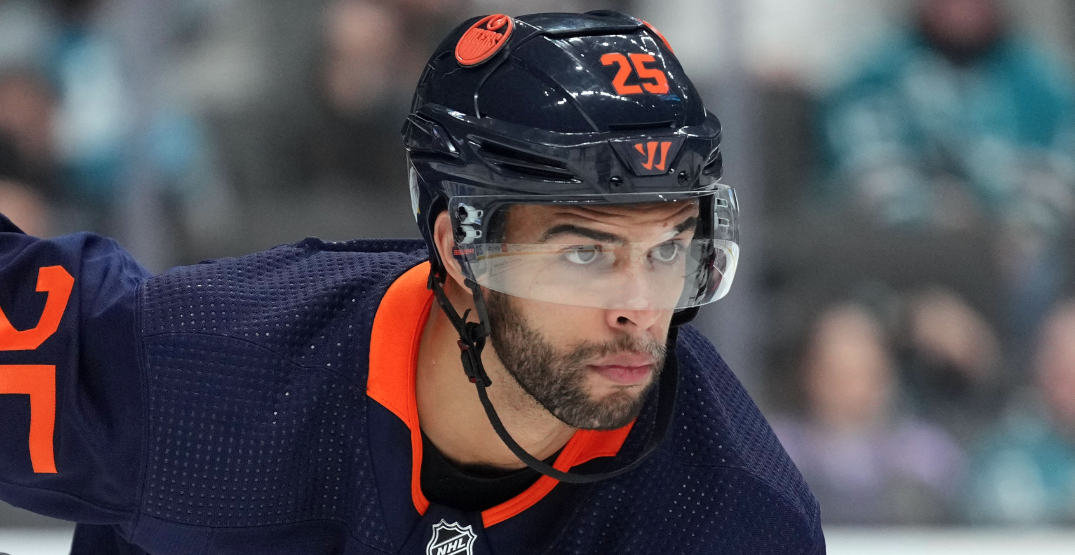 Nurse revealed the injury that clearly plagued him throughout the playoffs and specifically in the Western Conference Final against the Colorado Avalanche after the Oilers were eliminated via a sweep Monday.

“I tore my hip flexor, so dealt with that for three series,” Nurse admitted.

“Our medical staff…taped it up, gave me some anti-inflamm’s, and away you go. There’s no excuse. When you get to this point in the season you want to be on your game and play at a certain level. There’s no excuse. Everyone’s banged up this time of year. And myself personally, I wanted to be better in this series. It’s just added motivation for summer to come back and be a difference-maker next year.”

Nurse sustained the injury with five games remaining in the regular season. It came on a hit from Avalanche forward J.T. Compher on April 22.

He led all Edmonton blueliners in ice time in the playoffs at 21:07. The figure was down from the team-leading 25:03 he averaged in 71 games in the regular season.

In all, Nurse finished with six points (two goals, four assists) and a plus-5 rating in the playoffs.

He struggled against Colorado, posting a minus-6 in the four-game series. The Oilers dressed seven defencemen in the final two games of the series to help take the burden off Nurse.

“Different people were on the ice in the matchup you’re referencing,” Oilers coach Jay Woodcroft said. “Those are some good hockey players on the other side. They had the ability to find a way to affect the game. That’s not on one player, one injury like that. We’re a team. In the end, we didn’t do a good enough job with the amount we were giving up.”

“Those are your leaders,” Smith said. “Those are (who) other guys look up to. When you see your top players battle through injury and throw it all out on the ice and give everything they have and you want to do the same.

“Guys gave it everything they had. Guys are banged up and they’re still going out there and trying to win us hockey games.”

Nurse, 27, had nine goals and 26 assists in 71 games this season, his seventh full season with the Oilers.

His eight-year contract with an average annual value of $9.25 million kicks in next season.