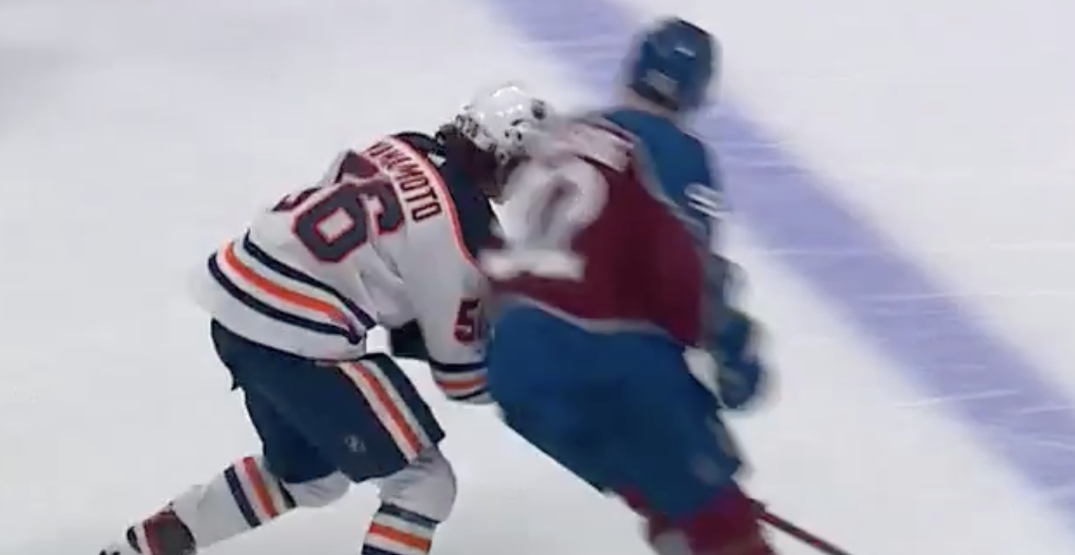 Edmonton Oilers coach Jay Woodcroft didn’t shy away from voicing his opinion on a hit by Gabriel Landeskog that forced forward Kailer Yamamoto out of Game 2 of the Western Conference Final.

The Oilers lost the game 4-0 and lost Yamamoto to an upper-body injury.

“I thought the player was in a vulnerable position,” Woodcroft said postgame. “I thought the angle of the check and the principal point of contact was the head. It’s not my call. I don’t referee the games. I’ve said this ad nauseam during the playoffs — my job is to coach, not to make the calls.

“I’m sure the necessary people at the league will look at that hit.”

They won’t be, according to Peter Baugh of The Athletic.

Landeskog hit Yamamoto midway through the first period, catching the 5’8″ 153-pound forward with a hit from the side at the Colorado blue line. He played 3:54 in the second period and did not return for the third.

Yamamoto has seven points (two goals, five assists) in 14 games in the Stanley Cup Playoffs after setting NHL career-highs with 20 goals and 41 points in the regular season.