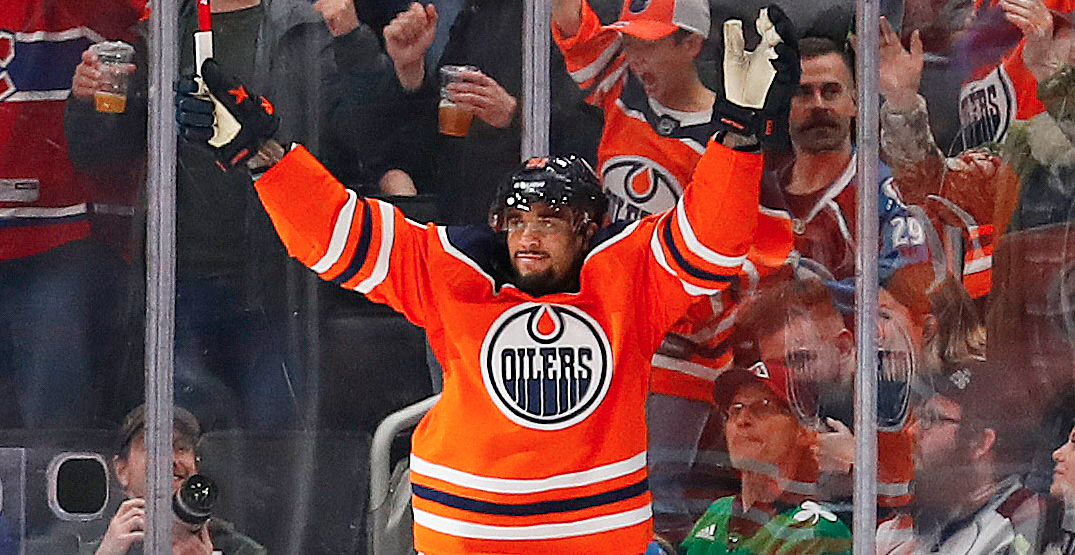 If he’s leaving the Edmonton Oilers, forward Evander Kane is doing so with a tip of the cap.

Kane thanked Oilers fans on social media Thursday, just two days after offering little insight or encouragement that he wanted to be back with the club that signed him in January.

The 30-year-old is a pending unrestricted free agent.

“Thank you to all the fans who supported me this year,” Kane wrote on Twitter. “To everyone who doubted me, thank you as well. To my Oilers teammates, I appreciate each and every single one of you for welcoming me in and embracing me in such a genuine way. I’m grateful to have had the opportunity to play with such a committed, hardworking and loyal group of men.

“The Edmonton Oilers are a first class organization with such great staff from top to bottom and I thank them for giving me the opportunity to play for such a historic franchise. To the fans of Edmonton I thank you for treating my family and I with such a kindness and respect.”

Kane had 22 goals and 39 points in 43 regular-season games with Edmonton, and added 13 goals in 15 games in the Stanley Cup Playoffs, helping the Oilers to their first appearance in the Western Conference Final since 2006.

It’s speculated he’ll command north of $7 million on his next contract.

“Am I interested in bringing him back? Yes,” Holland said. “I think he had a big impact on our team, not only his ability to score goals, but he plays with an edge. There was wonderful chemistry between him and Connor (McDavid). When he joined our team, he made our team deeper. So can I keep him? Yeah. His cap number is $2 million. I don’t expect him to play for a $2 million cap number next year. I don’t know what it is. I’d have to sit and talk to his agent Dan Milstein.”

Kane joined the team on a one-year contract in January after having the balance of his seven-year, $49 million deal with the San Jose Sharks terminated “for breach of his NHL standard player contract and for violation of the AHL COVID-19 protocols.”

He didn’t express an immediate desire to return to Edmonton, however he did praise the Oilers organization in exit interviews Tuesday.