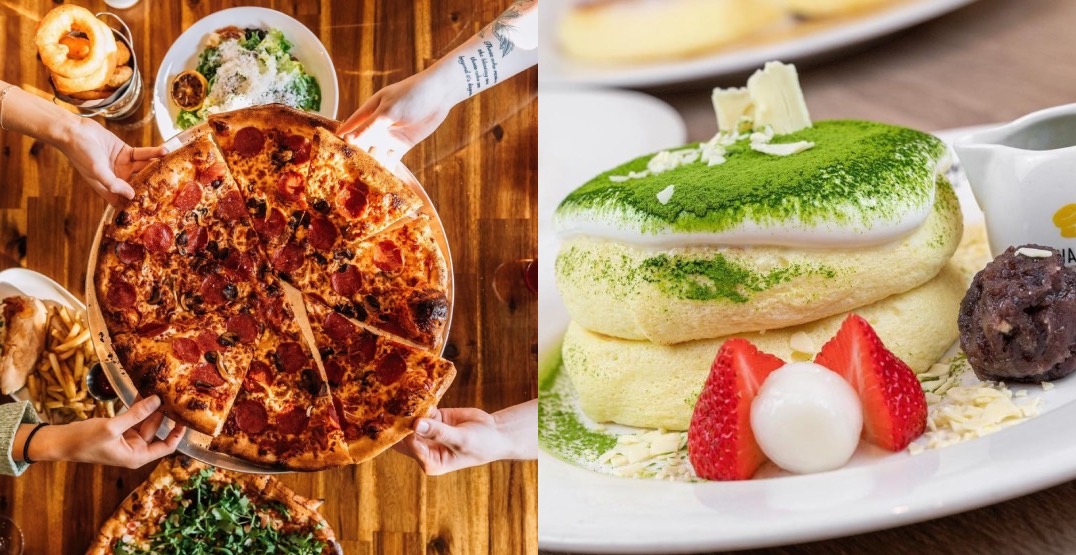 There’s no shortage of fantastic restaurants to choose from in Edmonton.

That doesn’t mean we aren’t allowed to be excited about the ones about to open either. It’s even harder to contain our excitement because we already know about so many great spots that are headed our way.

Edmonton is a world-class food city with plenty of surprises, so stay tuned for many more announcements for incredible places to try.

For now, check out this list of restaurant openings in Edmonton to look forward to in 2022.

Fuwa Fuwa is taking a little longer than expected to open here in Edmonton, but that only makes us even more excited about these tasty and fluffy pancakes. Fuwa Fuwa means “fluffy fluffy” in Japanese, and these half-pancake, half-souffles certainly are. Watch for updates about exactly when or where Fuwa Fuwa will be opening in Edmonton.

Already a massive hit in Vancouver, Edmonton is the next lucky city to get a Community Taps and Pizza. This laid-back spot is great for hangs with friends and enjoying pizza made in an imported oven straight from Europe. There’s appies, salad, and handheld food here too, along with an extensive list of local beers. Definitely visit this one as soon as it opens, which should be very soon.

The opening of Home and Away has been pushed a couple of times, but plans are still in place to open this sports bar that welcomes both winners and losers. Already a popular spot in Calgary to catch a Flames game, this new Edmonton outpost will definitely do the same for Oilers fans, especially since it’s right around the corner from Rogers Arena.

Pals, coming in early 2022, is the sister restaurant of the beloved brunch and dinner spot Pip in Old Strathcona. Occupying the same building as Pip, little is known about Pals Sandwiches. If the sandwiches at Pals are anything like the sandwiches at Pip, like their prosciutto and melted brie or the hot pastrami sandwich, Edmonton is in good hands.

For the very first time, the signature California-style pizzas, pastas, salads, and more from California Pizza Kitchen will be served in Canada. Edmonton is the lucky city that will try this spot out for the first time. Once complete, this impressive building will be a 4,500 square foot indoor space, with an 1,800 square foot enclosed, heated patio that is expected to be able to seat a whopping 225 people.