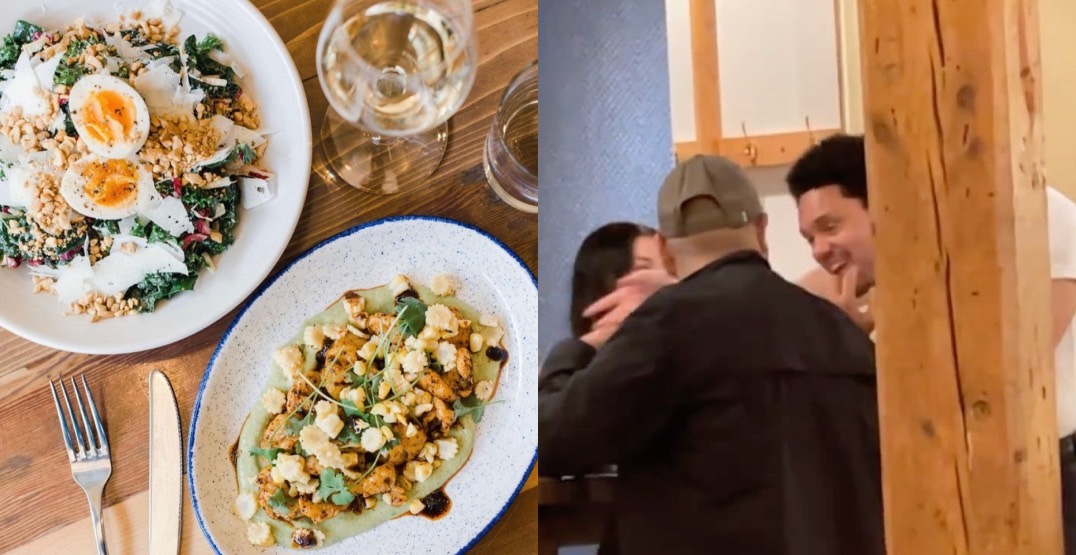 The celebrity, known for his stand-up specials like Afraid of the Dark, Lost in Translation, and Pay Back the Funny, popped into Ten Foot Henry for a meal.

Born in Johannesburg, Noah is also an actor, political commentator, and best-selling author. He has hosted award shows, like the Grammys, and has even made Time’s 100 most influential people in the world list.

So what does Trevor Noah, host of The Daily Show, order for dinner when he’s at one of Calgary’s best and most popular restaurants?

Noah sat at the popular chef’s bar, trying dishes like the tomatoes with herbs and whipped feta, the roasted chicken, and cauliflower served in a spicy gojuchang sauce with sesame, scallion, and ginger.

Ten Foot Henry is a rustic-modern restaurant in Victoria Park, serving a vegetable-forward menu with some of the best vegetarian dishes in YYC. Brunch, cocktails, and a killer wine list round out the experience with an open kitchen concept here.

The name comes from a larger-than-life cartoon character created in the 1930s, who became a muse for Calgary’s creative community in the 1980s. This cartoon remains the restaurant’s logo today.

The setting is a vibrant and fun one, undoubtedly made even more so with the presence of someone as funny as Noah.

Calgary seems to have had more celebrity sightings recently, especially with concerts coming back and more film sets shooting here.

You never know who you will run into when you’re out in YYC!