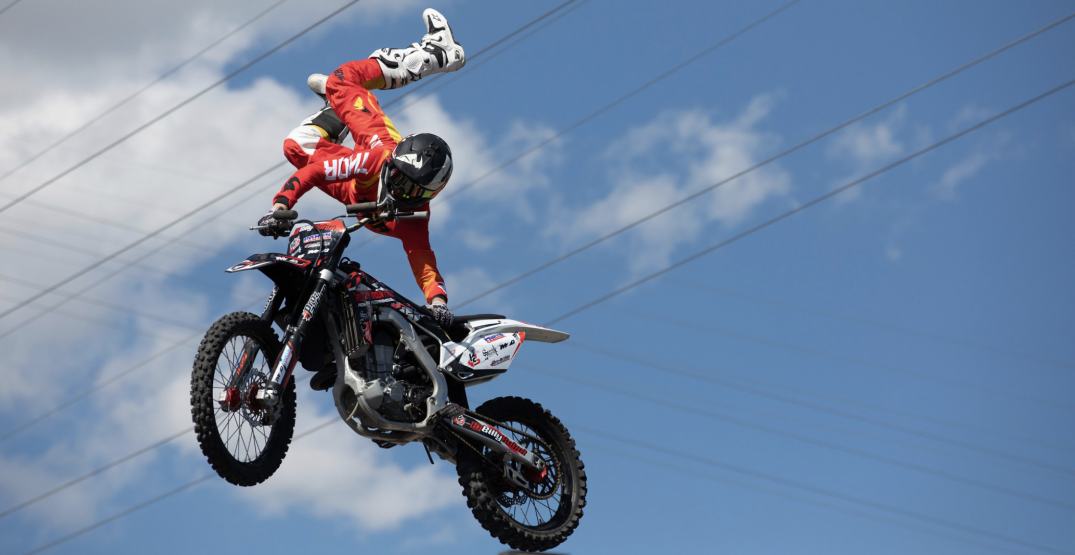 COVID-19 still presents a risk to public health. While restrictions have been lifted across Alberta, it is recommended to continue practicing health and safety measures, including frequent hand-washing, wearing a mask on public transit and in healthcare settings, and staying home if you are sick.

We’ve officially reached the halfway point of the 2021 Calgary Stampede, along with the mid-way mark for the week.

James Barker Band will be performing at Nashville North on Wednesday evening, while Said the Whale will grace the Stampede Summer Stage. You can also catch the Heavy Horse Pull, Freestyle Motocross, the World Stock Dog Championship Finals, and more throughout the day.

Check out these events and so much more happening on the Stampede grounds this Wednesday, July 14.

Whether it’s your first or your fiftieth time at the Calgary Stampede, one thing is certain; there’s nothing like some two-stepping at Nashville North to get you in the ‘Pede mood. Ontario-born James Barker Band will bring the country spirit to the Stampede’s iconic live music venue on Wednesday evening and get everyone partying mid-week.

Who doesn’t love to see some cute doggos? And bonus points if they’re showing off their skills. The World Stock Dog Championship at the Calgary Stampede is the ultimate showcase of canine intelligence, and each pupper has just four minutes to herd three sheep through an obstacle course and into a nearby pen.

Watch some of the world’s biggest and strongest horses compete in the ultimate strength competition. During the Calgary Stampede Heavy Horse Pull, these gentle giants will pull over five times their body weight for 14 feet. Wednesday’s event features the Middle Weight Division competing for bragging rights and a share of the highest prize money offered in the heavy horse pulling world.

Freestyle Motocross racers bring your adrenaline fix to the 10-day event with daring feats as they soar through the air above Stampede Park. Watch these FMX athletes reach new heights as they showcase their skills and perform crazy tricks.

When: Wednesday, July 14 to Sunday, July 18
Time: Noon, 3 pm, and 6 pm
Where: Located on Stampede Park at the Midway, south of The Big Four building
Cost: Free with admission to Stampede Park

Said The Whale at the Stampede Summer Stage

Included with your Park admission is access to the Stampede Summer Stage, featuring live tunes from talented Canadian musicians. Wednesday night will have Juno-winning band Said The Whale performing their alternative-indie beats for the ‘Pede crowd.

When: Wednesday, July 14
Time: 8 pm
Where: Stampede Summer Stage, near the main entrance
Cost: Free with admission to Stampede Park