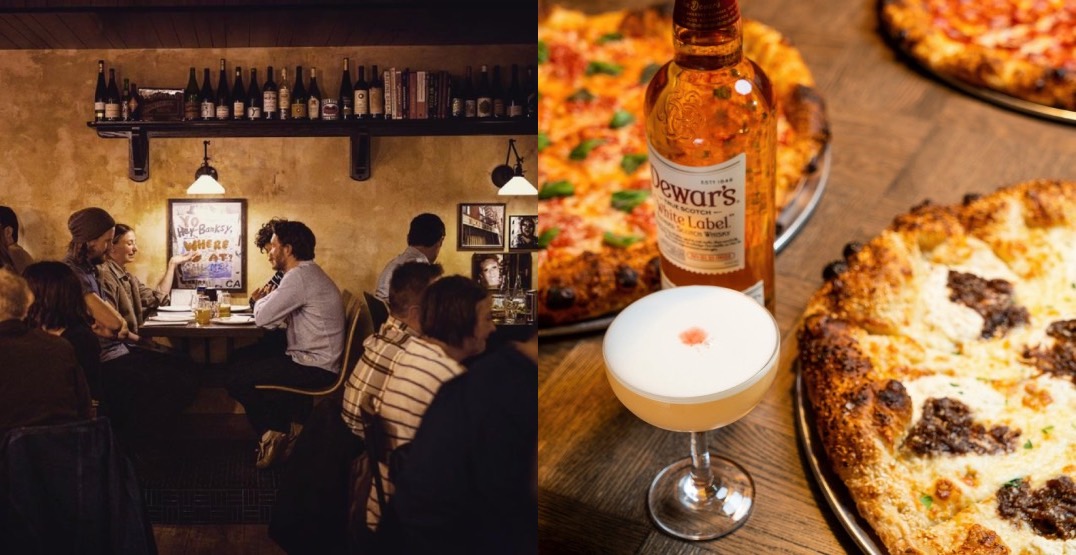 Thief and Noble Pie are joining up for a collab that makes us very excited.

Thief is a pop-up cocktail event that changes concepts each time, and Noble Pie is one of the best pizza spots in Calgary and will soon host a pizza party and make New York-inspired cocktails.

Thief will mix and shake the drinks at Noble Pie, which will toss and make the pizza pies on June 15 and 16.

There are eight different massive 18-inch pies on the menu here, all made with fresh ingredients and homemade dough that crisps perfectly by the time it comes out.

The pizzas here are large, so most can be ordered half n’ half, making it easier to come here for a date or try a few out as a group while sipping cocktails.

This will be the fourth concept for the Thief pop-up team, led by Kat Brodie and Taylor Simpson of the Teatro Group.

The first concept was a takeover at the Vendome restaurant in Calgary, offering guests Spanish tapas and dope cocktails.

For the second concept, out of Teatro, the drink menu took inspiration from Italian-style cocktails, and the food was everyone’s favourite: pizza.

Thief served up nine different cocktails in the last concept, each one pairing with a different food vendor found at the First Street Market.

For this fourth iteration, cocktails were inspired by the city of New York. The Hennigan’s Sour, made with scotch, vermouth, amaretto, lemon, egg, and bitters, was inspired by a drink made in an episode of Seinfeld.

We’re excited to see the entire cocktail list and try each one while enjoying Brooklyn-style pizza.

Walk-ins only, so get there early!

Thief and Noble Pie Pop Up