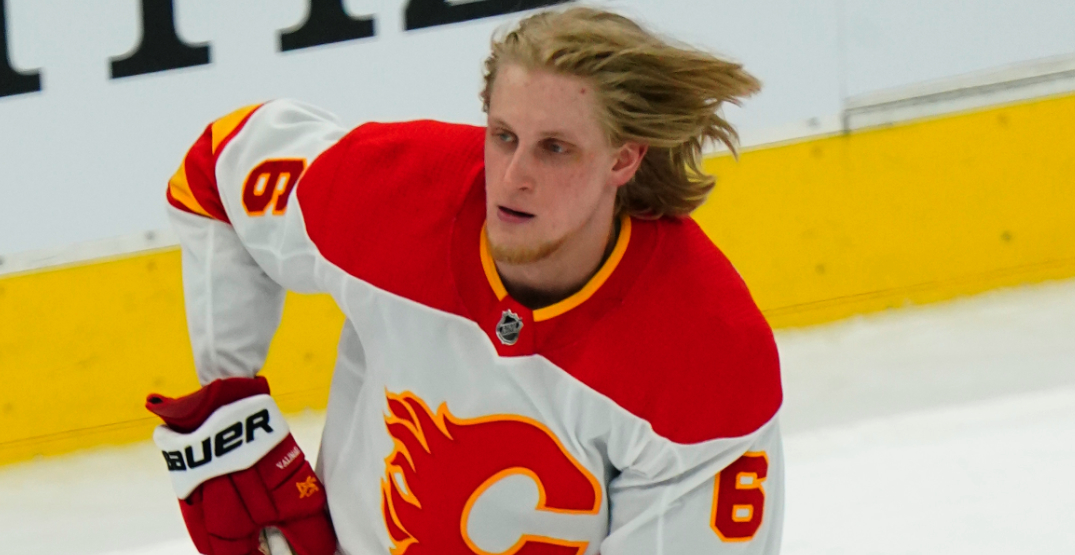 One game in November.

That’s the workload bestowed upon 23-year-old defenceman Juuso Valimaki in the last month.

So it probably didn’t come as much of a shock when the Calgary Flames demoted the promising young blueliner Thursday, optioning Valimaki to the Stockton Heat of the American Hockey League in what could either be a quick rust-shaker or a lengthy skills-tuner.

#Flames Roster Update: Defenceman Juuso Valimaki has been assigned to the @AHLHeat.

“He’s got to play. Just very clear. He’s got to play lots. He probably got ahead of the curve a little bit. I think there’s four guys older than him in Stockton, too, on defence. He’s the youngest defenceman here and it doesn’t serve any purpose.

“He’s got to play games. Quite honestly, he got beat out in training camp (Oliver Kylington). He’s got to get back to earning it and showing it, rather than bestowed upon him.”

No word on the duration of Valimaki’s relocation to California.

The Flames still have seven healthy defencemen on the roster with Michael Stone serving as additional depth with the big club alongside Valimaki, the No. 16 pick in the 2017 NHL Draft, for the first two months of the season.

“I don’t have any timeline,” Sutter said.

“I just want him to go and play lots.”

Valimaki expressed frustration to Finnish outlet Ilta-Sanomat over his lack of use earlier this season.

He had been a healthy scratch in 14 of 15 games prior to his drop to Stockton, and has dressed for just eight of 24 games for the Pacific Division-leading Flames.

“You can gain a lot being around the team, practising and doing all those other things, but at the end of the day you improve by playing, you improve by getting game reps,” Flames general manager Brad Treliving told the DFO Podcast on Thursday.

Valimaki, who doesn’t require waivers for the assignment, had two assists in eight games. His average ice time, at 15:51, is last among Calgary’s eight blueliners.

He’s already logged his first skate in Stockton, recording an assist with a plus-1 rating and four shots while seeing time on the Heat’s power play.

He was in Stockton’s lineup against the San Diego Gulls on Friday.

"I just want to try to be quick, hard, make simple, hard plays. Shoot the puck. Just get confidence, feel really good about my game. That's the biggest thing is to play and enjoy the game of hockey."

“I think the foundation of his game, he’s got to get that in order in terms of how you have to play in the NHL to be successful,” Sutter said. “I explained this to all these defencemen last year at the end of the year. There’s 32 teams. There’s 250 defencemen…250 now in the NHL.

“You’ve got to take the next step to be in that group where you’re looked on as a valuable player to your team.”