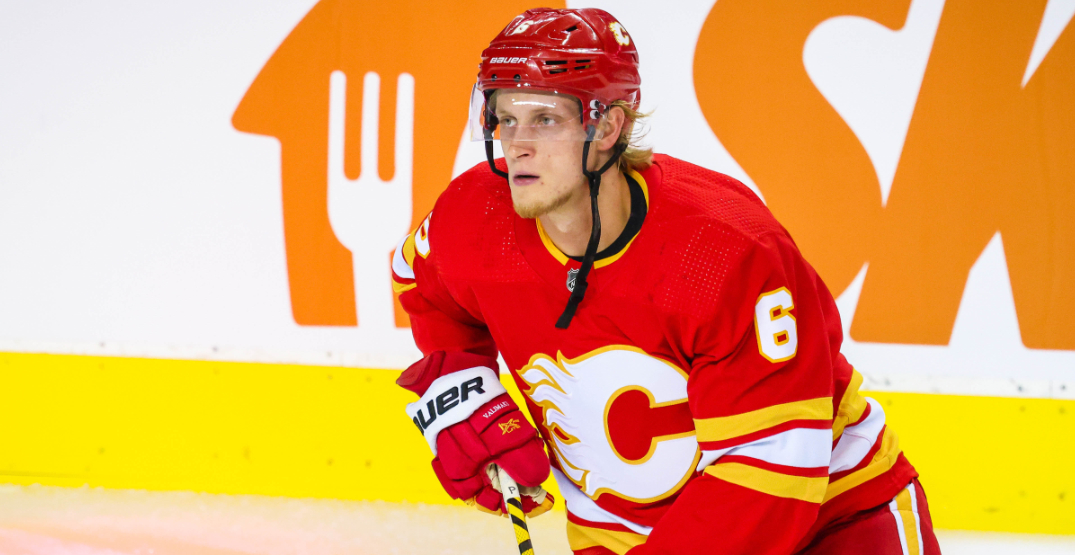 It’s been a wait for Calgary Flames defenceman Juuso Valimaki’s return to the lineup.

And perhaps not an easy one, either.

Speaking with reporter Ville Touru of Finnish outlet Ilta-Sanomat, Valimaki expressed concern over his soon-to-be three-week wait to tug on the red and yellow again.

“There have been so many games in recent years due to injuries that now it feels pretty stupid that I am healthy and would be able to play, but it is not a given,” Valimaki said (translated from Finnish with Google Translate).

Valimaki, who missed 28 games because of a lower-body injury in 2018-19 and the entirety of the 2019-20 campaign with an ACL tear, signed a two-year, $3.1 million contract extension with Calgary this summer.

After dressing for the first seven games of the season, he’s been a scratch for eight straight skates. He logged one assist and averaged 15:44 of ice time in his outings before head coach Darryl Suttter replaced Valimaki in the lineup by Nikita Zadorov on October 30.

“I think the games went really well,” Valimaki told Touru. “I have also received feedback from many different directions that my playing looked much better than last year.”

The 23-year-old was a spectator seven times under Sutter last season.

“I thought this would be the end of it, and that’s what it looked like at the beginning of the season. But no.”