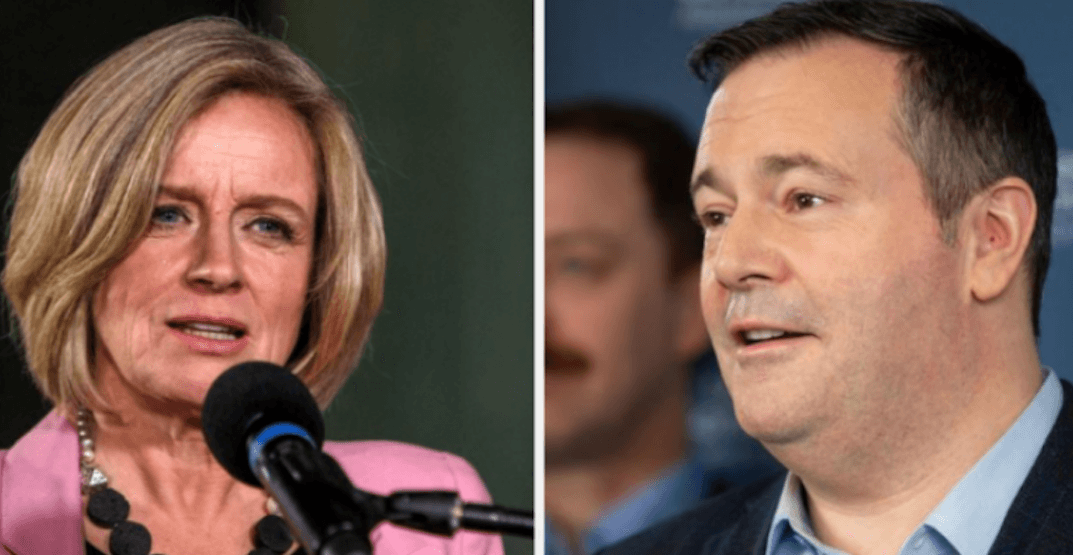 With mere hours remaining until voting stations close tonight, we’ve decided to take a look back at polling results that have been published throughout the month leading up to the 2019 Alberta provincial election.

Whether they were conducted online, over the phone, with a sample size of hundreds or with thousands, the polls released ahead of April 16’s election all found the same thing: The UCP was ahead of the NDP.

The degree to which Jason Kenney’s party led Rachel Notley’s was the main factor to keep an eye on over the past few weeks, as one of the first polls predicted a massive 25 point gap between Alberta’s two main parties.

That Angus Reid Institute poll, which also saw Kenney’s favourability rating sitting at 56% and Notley’s at 42%, was the province’s first glimpse of how the votes would fall in April, but would also mark the largest lead that the UCP would see out of all the polls to come. 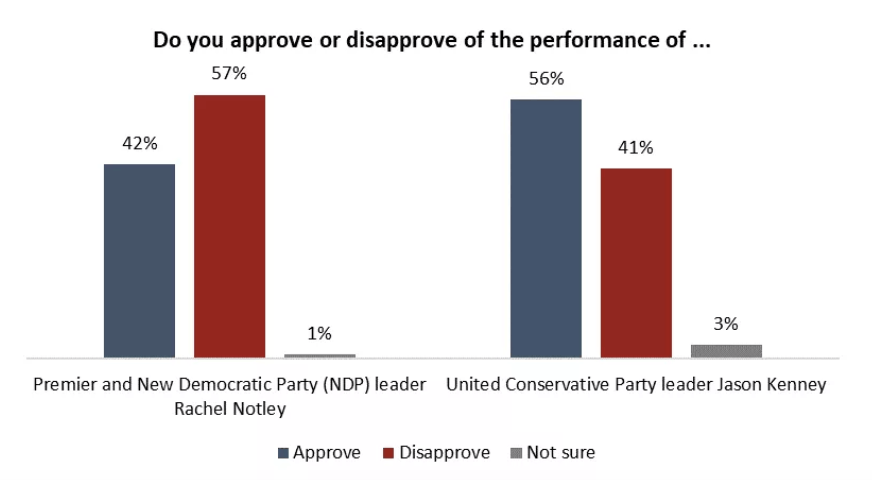 At the opening of April the Janet Brown Opinion Research poll, which was conducted between over the phone March 25 to 30 with a sample of 900 Albertans 18-year-old and over, called for a 19 point gap between the UCP and the NDP, again with the UCP well in the lead.

While the NDP was ahead in Edmonton, according to the poll, the UCP had a commanding lead in Calgary and the rest of Alberta. 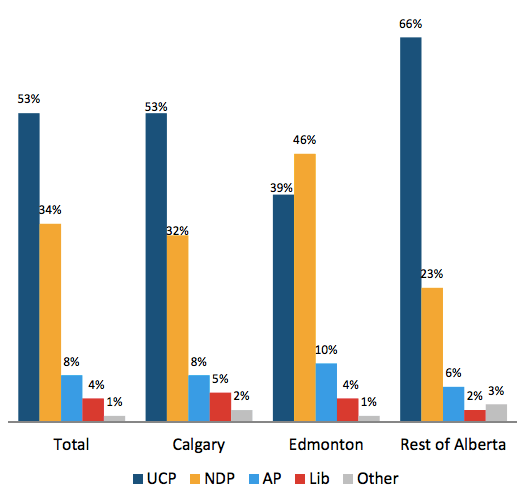 Around the same time, Albertans got their first hint of Notley’s NDP making any sort of a comeback, as a Research Co. poll put the NDP just 5 points back from the UCP, sitting at 40% to 45%, respectively.

That poll also took another look at the leaders’ favourability among Albertans and found that, among its 600 respondents, Notley and Kenney were neck and neck at 32% approval, while the Janet Brown poll actually saw her with a 47% approval rating compared to Kenney’s 44%.

With the opening of advance voting and one week to go until the election, both Ipsos/Global News and ThinkHQ released polling results that gauged Albertan’s opinions after the televised leaders’ debate of April 5.

What the polls found was that, while it wasn’t as close as Research Co.’s survey predicted, the gap between the two main parties had decreased significantly when compared to the mid-March results.

The Ipsos/Global News poll showed Notley and Kenney at an eight-point differential, with the UCP garnering 47% of decided and leaning voters’ support, and the NDP taking 39%. 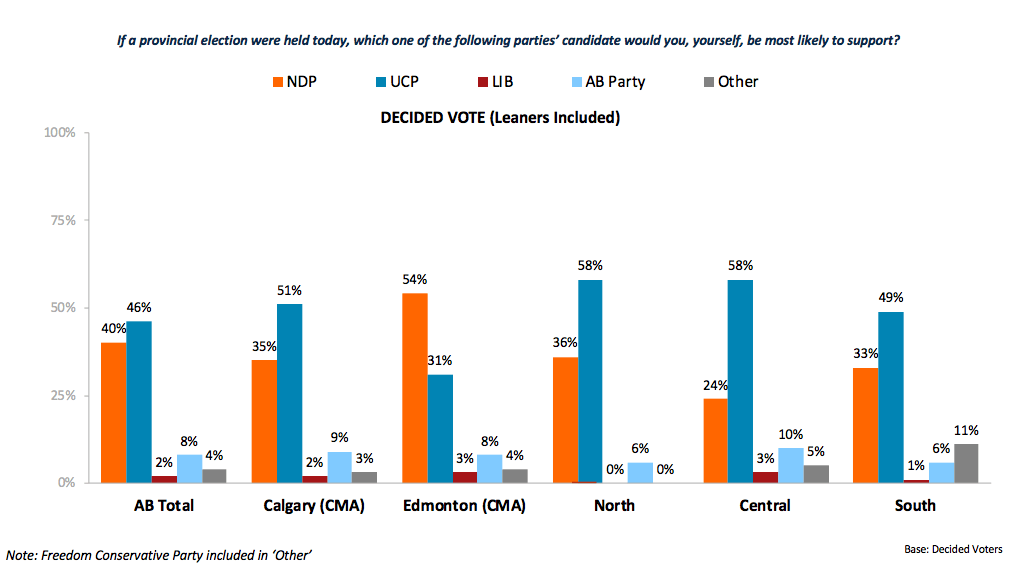 The Angus Reid Institute released their second poll just a few days before election day, and, after conducting an online survey between April 5 and 8 to a sample size of 807 Albertans, found that the UCP was up by about 13 points — cutting the lead that Angus Reid saw them with a few weeks earlier in half.

And, finally, Mainstreet Research released the results of a survey conducted on April 14 that saw the UCP up on the NDP by 7.3 points among all respondents and a 7.6 point lead among decided and leaning respondents.

Mainstreet also broke their respondents down into three categories; Edmonton, Clagary, and everywhere else in Alberta, and found that, while the NDP had the lead in Edmonton and the UCP had the lead with rural folks, the race for Calgary’s 26 seats was within a 2 point margin. 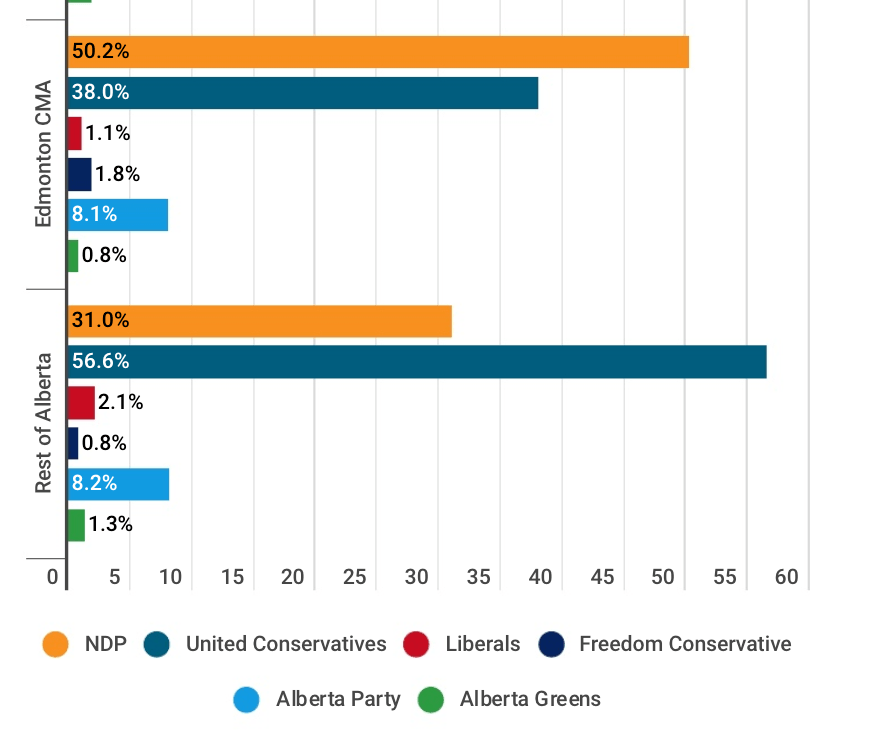 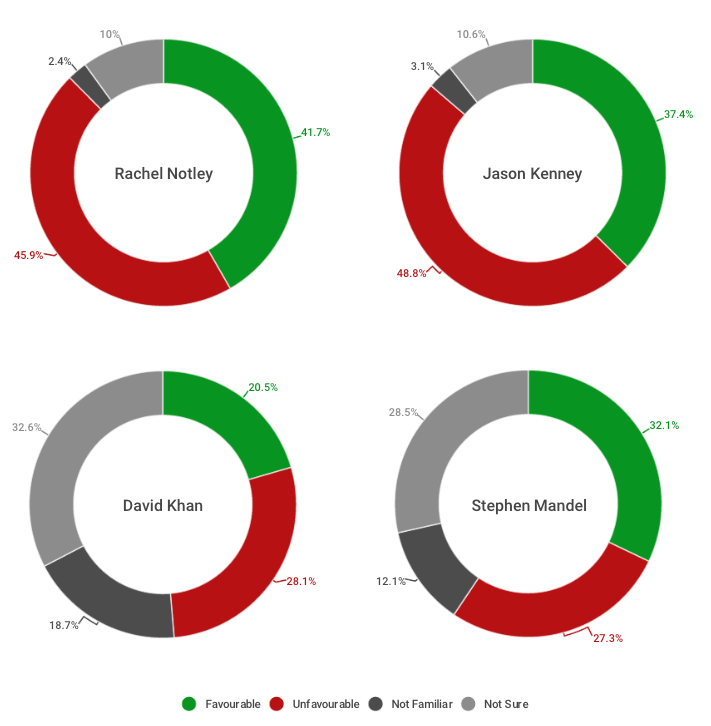 While the above polls may have given us an idea of where votes have been falling today, it won’t be until later tonight that Alberta will find out exactly who came out on top.

Polls close at 8 pm and you can find your designated voting station here.