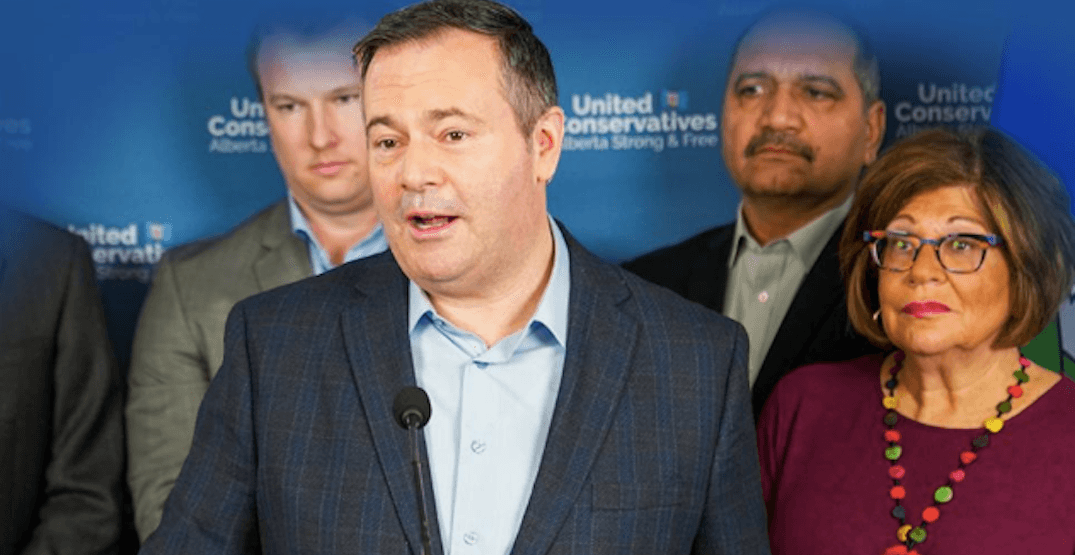 With less than a week to go until election day, hundreds of thousands of ballots have already been cast through advance voting.

Whether those votes are for the United Conservative Party, the New Democratic Party, or any of the other players on the ballots will only be discovered after polls close on April 16, but the Angus Reid Institute has attempted to get a clue of the victor ahead of time.

In the most recent opinion poll leading up to the election, Angus Reid found that the UCP apparently still commands a significant lead over the NDP, though also discovered that their lead is shrinking in comparison to the Institute’s polling results from a month ago.

Shortly after Rachel Notley officially dropped the writ on March 16, the Angus Reid Institute released a poll showing the results of an online survey they conducted between March 11 to 18 with a sample of 812 Albertans.

That previous poll saw the UCP with a demanding 25-point lead, with 56% of respondents stating that they would vote UCP if the election was held the following day, while only 31% said the same of Notley’s NDP.

The majority of that change came by Notley gaining 8% in favour, while the UCP dropped by 4% compared to the March poll.

Other parties also saw a decrease in potential voters, as they dropped from 13% to 10% of respondents between the two polls.

The newer poll was conducted online between April 5 and 8 — the days directly following a televised leaders debate — to a sample size of 807 adult Albertans.

Whether or not the NDP’s apparent momentum will carry them to a repeat of 2015 remains to be seen, but given the number of UCP voters jumping ship for the NDP, as seen in the polls and on social media below, it’s clearly going to be a tight race.

I am a former PC member and Wildrose voter. This election #ImWithRachel because I care about more than a bottom line and helping the old boys club. I care about schools that protect children, a healthcare system that treats patients equitably, and a plan to fight climate change.

I am usually a conservative but I dont agree with the leader of our party and the things he wants to do so I’m most likely going to vote notley so he doesnt get into office .

“Many, many, many, very, very, very conservative friends of mine stare at their boots and admit that they like Rachel. They think she is trying to do the right thing and Jason isn’t as trustworthy,” says @camgardnerndp, a fourth-generation rancher. #ableg https://t.co/Y2Ku09Z71V

My brothers dad is a hardcore conservative.

“Welp, can’t vote UCP cause Kenney is a moron.

I don’t think the Alberta Party is ready.

Guess I am voting Notley. She seems to the the only one who knows what’s actually going on.”

There’s hope, people. Just get out and vote. #ableg #abvote

This is my first time voting for the @albertaNDP and I have never been more proud to cast a vote.#ImWithRachel because she has demonstrated the ability to guide AB through economic challenges without compromising our basic values.

We don’t have to choose between the two. https://t.co/djJt3DH2pb

Not only #ImWithRachel but I voted NDP for the first time in my life. I have always been a Conservative, but the present UCP Leader has no moral or ethical compass and his vision of the UCP is not mine. @RachelNotley has a vision of the future . . . where Jason Kenney has none.