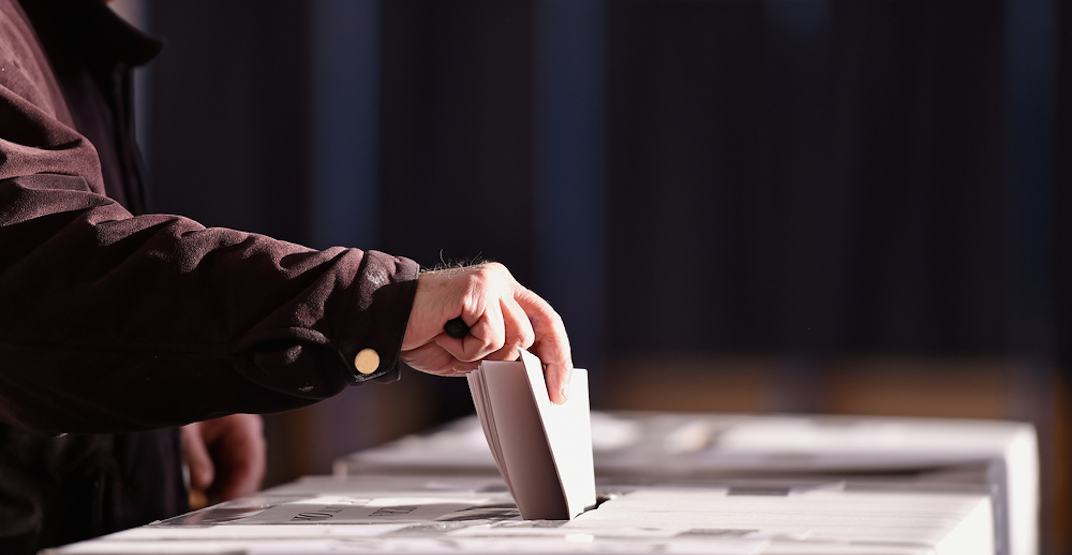 Election day is well underway in Alberta, but one thing seems to be missing from the polling stations — and Albertans have noticed.

For some reason, this year features no ‘I voted’ stickers at the polling stations for Albertans to enjoy and wear proudly after casting their ballots.

While some voters are happy to take a selfie instead after casting their vote, some aren’t as pleased with the “tragic lack of stickers.”

And, although that selfie could potentially land you some free ice cream or pizza as a consolation, for some Albertans — selfies, ice cream, and pizza simply are not the same as that sticky badge of honour.

Just got my vote on in Calgary-Currie. No line, right in and out.

Severely disappointed at the lack of ‘I Voted’ stickers.#AbLeg #abvote

Anybody get an “I voted” sticker at their polling station?
Not me. 😢#AbVote #yeg #cdnpoli #abpoli pic.twitter.com/RvXuKPGSQ0

Just voted and didn’t get a sticker?! Wtf Alberta? This election is savage and I’d like to remember it and also have tax payer money go towards stickers?

There were no “I voted” stickers (lame!!!) so here’s a sunny selfie after I did the deed. Make good choices, #Alberta… #AbVotes2019 pic.twitter.com/p8bEzxTmzF

Did you get a sticker?

They didn’t give me a sticker, and I feel cheated somehow.

I don’t think the “voted” stickers are a thing here.

I would like to say I didn’t notice, nor do I care about the lack of stickers, and it’s not even important.

But that would be an untruth. #tragiclackofstickers