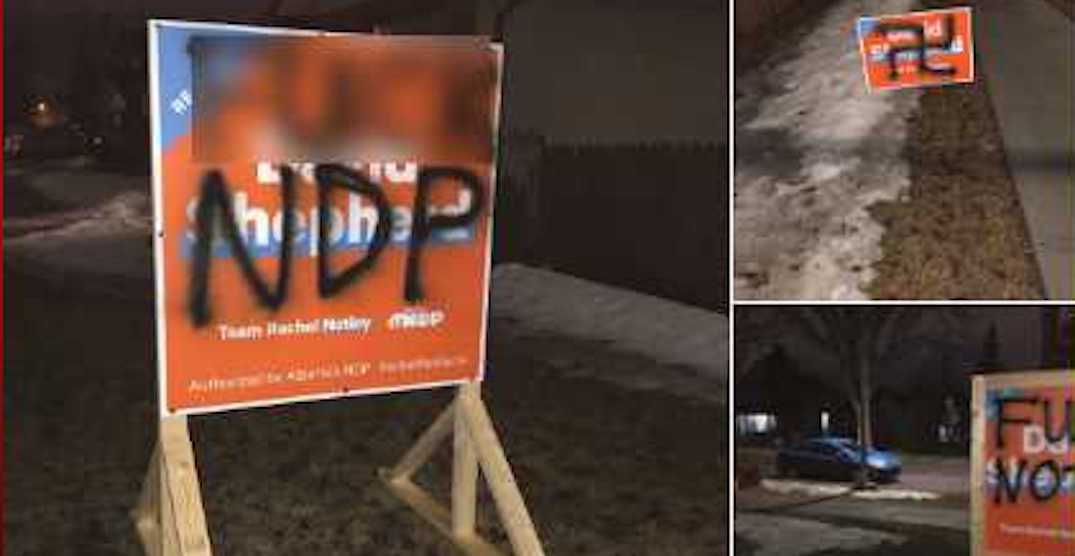 Tensions are high this Tuesday, April 16, as Albertans head to the polls in droves to cast their ballots during the 2019 Alberta provincial election.

While today marks an exciting time for many, it is also a somewhat serious process that has some much-needed rules in place.

Now, no one can really call themselves an expert at voting in provincial elections (as they only ever get the chance to do so every three or four years) so it’s understandable if, in their excitement to vote, they slip up and break one of Elections Alberta’s rules.

Hopefully, this article will help you avoid such mishaps when you head to your designated voting station this evening — though if you’ve already accidentally broken one (or two, or all) of these, then you’re unfortunately on your own!

Do not take a photo of your ballot

It can be fun to document the fact that you voted (and good on you for doing so!), especially when it’s your first time… but we’d reserve the camera for a selfie beside an election sign or outside a voting station, because taking a photo of your ballot could get you in seriously hot water, and quick.

PUBLIC REMINDER: It is an offense to post a picture of your ballot online. If you have done so, please remove it immediately, or you may be subject to prosecution. Thank you.

Do not steal or tamper with election signs

Alberta RCMP, the Calgary Police Service, and the Edmonton Police Service have even put out a release warning would-be election sign thieves/vandals that they will be punished if caught.

“We have received numerous reports of candidate signs being vandalized,” said RCMP Constable Mike Hibbs, in an April 5 release.

“In some cases, these acts of vandalism also include other types of property damages and even hate speech. We are investigating reports of these incidents and will lay charges accordingly.”

So, yeah, obviously not worth it to take your neighbours’ lawn sign — even just as a joke.

Do not campaign, canvass, or solicit votes on the property of a voting station

This one could really trip you up. According to Alberta’s Local Authorities Election Act, it’s illegal to even communicate “with any person for the purpose of influencing that person’s vote in a voting station, or on the property on which a building used for a voting station is located.”

Basically, you’re free to chat with your partner or friends about the pros and cons of voting for whatever party you’d like on the way to the voting station, but once you’re there, we’d suggest sealing those lips — or you could end up with a fine of up to $500.

In the event that you haven’t yet registered to vote, don’t worry, you’ll still be able to cast a ballot! Though, because your name isn’t on the list of electors, you’ll need to provide either one piece of government-issued identification (or two pieces of authorized ID) and sign a declaration stating that you qualify as an elector and ordinarily reside in that polling division — according to section 95 of the Election Act.

We’re not entirely sure what kind of punishments you’ll face for getting caught stating false information… but we’re sure it isn’t pretty.