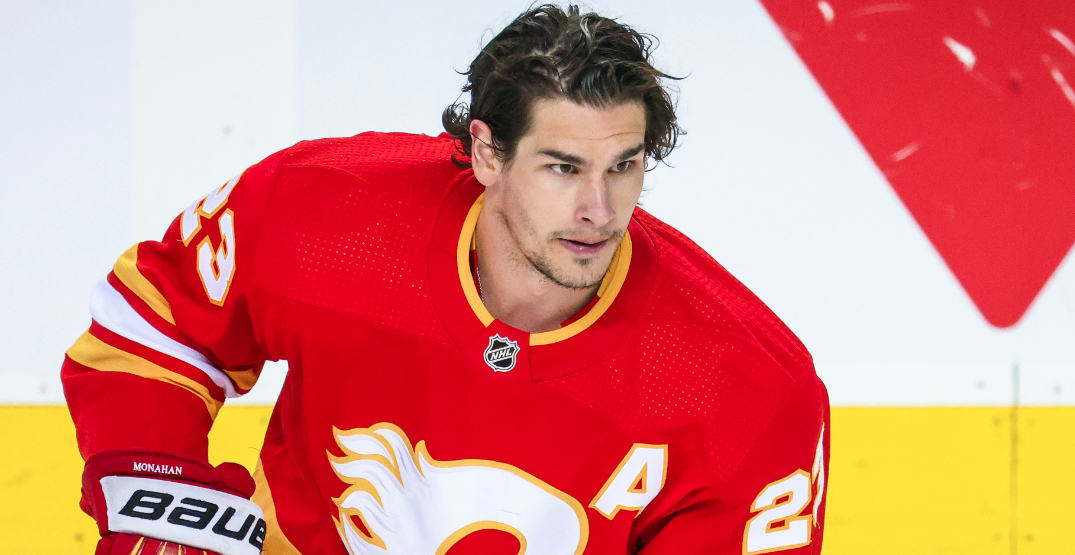 Sean Monahan is back in the lineup.

For how long remains to be determined.

Monahan, who leads all active Calgary Flames with 212 goals in 654 games, will suit up against the Colorado Avalanche after sitting out the past two as a healthy scratch.

“I feel good. I’m excited to get back in. I’m looking forward to it,” Monahan said.

“Obviously you don’t want to be scratched. You want to be in the lineup helping the team. Put in the work, and I’m excited to get back in tonight.”

"I'm excited to get back in and looking forward to it."

Sean Monahan looks ahead to tonight's game vs. the Avalanche. pic.twitter.com/TrV5HpBWmD

Monahan has been less than impactful this season.

The six-time 20-goal scorer and three-time 30-goal man has just eight strikes in 63 games this season after managing to find the back of the net 10 times in a shortened 50-game campaign in 2020-21 that ended prematurely with a date under the knife to undergo hip surgery.

He’s returned to a fourth-line role that he’s given his full effort, but not so much in the way of execution.

“I’ve just got to be better all around,” Monahan said. It comes down, at the end of the day, competing and earning a spot in the lineup every night.

“It’s different. You’ve got to adjust to different situations. I’ve got to be better. Tonight’s going to be a good start for me.”

His two-game stint — his first healthy sitting since getting some rest down the stretch in advance of the 2018-19 Stanley Cup Playoffs — likely hasn’t been easy for the 27-year-old to take.

From all accounts, Monahan has handled it in stride.

“I see someone who wants to play and wants to be part of it, but someone who is also really supportive of his team and knows that the best way they can help their team is by taking advantage of extra time, extra time to practice or time if you aren’t in the lineup to improve your own skill set to be able to help the team,” Flames assistant coach Cail MacLean said.

“That’s what I see from him. That time presented itself and he didn’t spend any time doing anything but. He got right to work, and as a result I think that’s going to bode well for him.”

They need Monahan, who has 22 points in total and is a team-worst minus-16, to make strides — if not down the stretch then certainly for any significant playoff push.

He’s in competition, too. His spot isn’t safe from a combination of depth players, including frequent linemates Trevor Lewis and Milan Lucic and newcomer Ryan Carpenter.

He promises not to sour if it doesn’t go his way personally.

“You want to be a good teammate,” Monahan said. “When you’re on a winning team that looks upon each other as good friends and teammates, that’s when you go a long way.

“You always want to be a team guy. That’s what I am. Whatever it is, I’m ready to do that.

“I think I can step up in a big way. I know I can put the puck in the net and win big faceoffs and be a big part of the team in the dressing room. That’s my goal.”