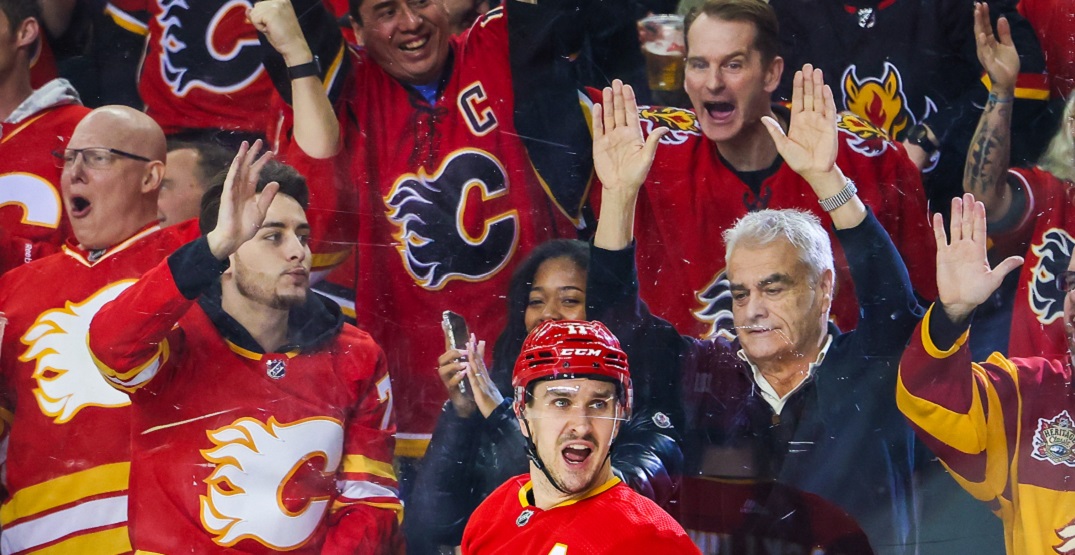 Calgary Flames fans were having the time of their lives on Saturday night at Scotiabank Saddledome.

From the opening faceoff, it was pretty clear these two teams were headed for a back-and-forth shooting gallery. After the first period, Calgary led 3-2 over the Edmonton Oilers, and also held a 6-5 lead after 40 minutes.

With the Flames having scored nine goals against the Oilers by the time it was late in the third period, fans clamoured for another.

“We want 10!” chants were heard ringing in the arena as the Flames closed out the final few minutes of the game with a four-goal lead.

Still, it was quite the contest, all things considered.

Leon Draisatl had a hat trick and an assist for the Oilers in a losing effort, while Johnny Gaudreau led all skaters on both teams with five assists for the Flames.

But Draisaitl wasn’t the only one who wasn’t all too happy about the hat trick.

“The only thing I didn’t like was all them black hats that got thrown on the ice,” Flames coach Darryl Sutter said. “There must have been a giveaway in Leduc or something.

The win kept Calgary’s cushion atop the Pacific Division, as they sit seven points up on LA while being 11 points up on their cross-province rivals.

After four Battles of Alberta, the Flames and Oilers split the season series with two wins.

Imagine this matchup as a playoff series?