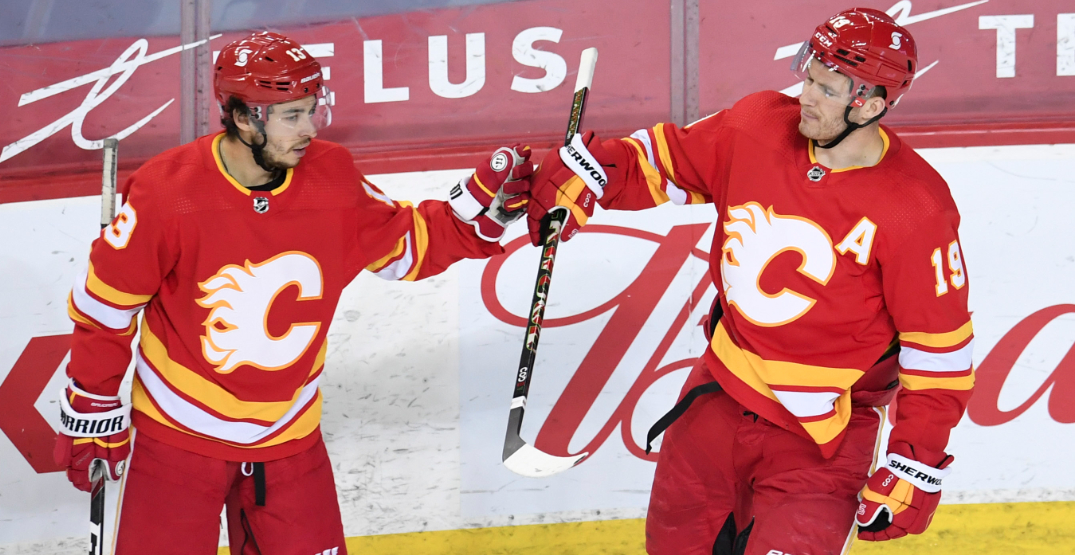 It’s no secret the Calgary Flames have been scoring a lot this season.

But no team is scoring quite like them this season.

Of the National Hockey League’s 20 30-goal scorers this season, four skate regularly at Scotiabank Saddledome. No other team has claim to more than two of the remaining 16.

“We’ve got a lot of offense on our team,” Calgary forward Johnny Gaudreau said, who both hit the 30-goal plateau and reached 200 career NHL goals with the same shot in a 4-2 win against the Arizona Coyotes on Friday.

“Up and down our line-up, we’ve got a lot of smart players on our team this year. It’s been a lot of fun to be a part of and to watch.”

Elias Lindholm leads the way with 31. Each of Johnny Gaudreau, Matthew Tkachuk, and Andrew Mangiapane slot in exactly at 30 — making the Flames the first team in the NHL since the 1995-96 Pittsburgh Penguins to have four snipers reach the 30-goal plateau by the 65th game of the season — when Jaromir Jagr, Mario Lemieux, Tomas Sandstrom, and Petr Nedved each toppled the mark.

How rare is it in general?

Four of the previous five to do so reached at least the conference final.

Calgary’s current core has 18 games to go to boost their totals, too.

There’ll be some pretty hefty work to do to add a fifth to the rotation, though.

Blake Coleman is next on the docket with 13 goals, and Mikael Backlund and Milan Lucic each share a hold on sixth.